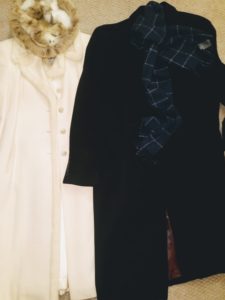 Some of the Jews living in Germany, Poland, and other European countries were in denial. They couldn’t believe that Germany, and in many cases their own non-Jewish neighbors, could be so inhumane. The evil was beyond their grasp. But others were well aware of the danger they faced by staying in Germany. President Roosevelt was also aware that many Jews were trying to escape. An effort was made, in 1939, to relocate 5000 Jewish settlers over a five year period to Alaska. The full program would be part of an economic development program designed to bring up to 50,000 settlers to the territory. No one was fooled.

“The proposal won few fans in the far north. Widow Emma de la Vergne in Fairbanks was one of those who thought it was a good idea. “Let the German-Jews come to Alaska if they want to. Alaska is a big country. Give them a chance,” she said when interviewed by the city’s Daily News-Miner. But most of her fellow Alaskans disagreed. “German Jews Unsuited for Alaska Settlers Is Prevailing View Here,” read the paper’s headline on November 21, 1938. A few days later, an editorial declared: “Alaska wants no misfits and none who are unprepared to make their way without becoming a burden upon the territory.” The mayor of Fairbanks compared the proposal to one that advocated turning Alaska into a penal colony.”*

Let’s be clear, nothing has changed. There will always be people fleeing violence and oppression. And there will always be people prepared to barricade the doors. President Donald Trump recently declared that “our country is full”. Editorial writers and economists from around the country presented logical reasons for welcoming immigrants. Logic is irrelevant. There is never enough room for those who look or pray differently. We were full when the Irish were coming. We were full when the Italians were coming. Hell, there wasn’t room in Alaska for a couple thousand Jews. And now, there is no room for women and children fleeing Honduras.

I see my grandparents when I see these families huddled on our border. Yes, we came in legally, like the displaced families who waited in Europe for years to get to the U.S. after World War II. Success, LIFE, was dependent upon being someplace where you could wait. Not everyone was so lucky.