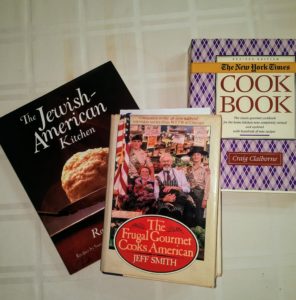 “Can I ask you a question?”

I was distracted. Agitated.  My guard was down.  “Sure. What?”

“Do you identify as a Democrat or a Republican?”

“I’m a Libertarian. I just want to know how a Jew can be a Democrat.”

“I don’t know how a Jew can be a Republican.”

He was surprised. “No, I mean”

“I know what you mean. You still have Steve King.”

“Kingmaker in Iowa. Every four years the entire Republican field goes to Iowa to kiss his ring.”

“I wasn’t trying to start an argument. I was just trying to”

“You were just trying to get me to agree with you. I don’t.”

Let’s be clear. Two freshmen Congresswomen do not represent our entire party.  And no matter how badly Donald Trump and his media outlet, FOX News, wish to make Alexandria Ocasio-Cortez (D-N.Y.) and Ilhan Omar (D-Minn.) the faces of the Democratic Party, they are not.  The most recent election, the Blue Tsunami, was a victory for the party’s moderates and suburbanites of both parties from around the country.

It is easy to understand why this acquaintance was surprised by my push back.  First, I not only didn’t know his politics, I had no interest in that or any other opinions he might have. More importantly, his limited world consists of people who either agree with him or ignore him.  This is not uncommon.  So many of my liberal friends isolate themselves from conservatives.  Defriending people on Facebook is easier than guessing which right-wing memes were funnier in the original Russian.  And many of my conservative friends have found peace by surrounding themselves with like-thinkers.  Railing against the mainstream media only works in certain circles.

FOX, Limbaugh, and some of the other stars of right-wing media do a great job of creating villains. You can watch CNN for weeks and never hear a mention of George Soros.  Our soldiers are still dying in war zones around the world, but there is no time to discuss them or even the men who died in Nigeria in 2017.  That time is still reserved for Benghazi.  And now, now the focus will be A.O.C., a Hispanic, and OMG! a real live Muslim, Ilhan Omar.  These two young women could have spent their first term hiding in the cloak room and they still would have been the focus of intense scrutiny.  Instead, they decided to make the job easy for FOX.

Republican friends have been wielding Omar like a blunt instrument. Is she an ignorant, dangerous anti-Semite?  I can’t say for sure that she is anti-Semitic.  But she has managed to find and use age-old tropes, derogatory words and images, which have been targeting Jews for centuries.  Is this an accident or on purpose?  I can’t say.  Can one be anti-Israel without being anti-Jew?  Yes, that would seem possible. Her most recent remarks, covered in a more balanced fashion by NPR, show her to be both naïve and inartful. But she certainly isn’t dangerous.  It seems that she is immature and drunk on her new-found power and platform.  FOX is happy to highlight her latest kerfuffle, an attack on former President Obama.  Nancy Pelosi is giving Omar the opportunity to clean up the messes she’s made and learn to be a member of Congress.

The selective outrage of our friends on the right is tiresome. The guy who saw “very fine people” wearing khaki’s, carrying Tiki torches, and shouting “Jews will not replace us” in Charlotte is in no position to point out the bigotry in others.  Prejudice and intolerance, even when directed at others, should still be fought by Jews.  Hate refugees?  That was us not so long ago.  Claim that Muslims shouldn’t be allowed into the country and couldn’t possibly serve in Congress?  Is that so different than those who question whether a Jew, a Catholic, or a Mormon is fit to be president?

The Republican Party has long harbored an interesting collection of anti-Semites. This past November, the Israeli newspaper, Haaretz, ran a post-election article detailing the successes and failures of Republican candidates who had campaigned with anti-Semitic tropes.  Even House Minority Leader Kevin McCarthy (R-Ca) makes an appearance in the report.  Does my acquaintance know or care about any of this?  Does he even know that McCarthy is the Minority Leader?  Probably not.

My ignorant acquaintance reminded me of Roger, the proselytizer who wouldn’t take no for an answer.  There are Jewish Republicans, Jewish Democrats, and Jews who may not even vote.  Our religion may inform our decisions, but it can’t make a definitive choice of American political parties.  This selective outrage in the time of Trump isn’t really outrage at all.  It is just another example of inartful political speech.  And I’m also sure that my acquaintance isn’t dangerous.

2 thoughts on “Selective Outrage In The Time Of Trump”