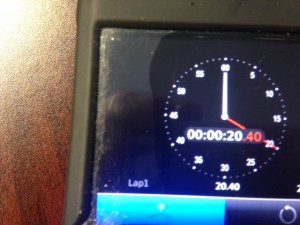 Joan Rivers looked into the camera and asked us a question. She wanted to know how many times we had said that we would drop AT&T long distance in 30 seconds if we only had the chance.  Then she told us that we now had a choice – MCI.  And we still had 20 seconds.

The message was simple and to the point. We all hated AT&T.  Who was MCI?  Who cares?  MCI wasn’t AT&T and that was all we needed to know.

Neither MCI nor Joan Rivers are still with us. Worse AT&T still is.  So is the concept that some choices are positive and some are negative.  We are forced, at times, to pick the other option.

Nowhere is that more obvious than in this year’s presidential election.

Regular viewers of FOX are constantly reminded that Senator Bernie Sanders is a democratic SOCIALIST. And Secretary Clinton?  OY.  Teetotalers could participate in a FOX drinking game that has the participants downing a shot of vodka every time FOX mentions Mrs. Clinton and doesn’t also include a reference to emails.  Viewers may be confused about who (other than Trump) is running as a Republican, but they are fully versed on all of the Dem’s negatives.

MSNBC offers the mirror image. Want to know which racist, white supremacist groups, or reprehensible preachers have endorsed Senator Cruz?  MSNBC’s got you covered.  Senator Rubio’s latest flub?  Rachel Maddow has it in slow-mo. And if Governor Kasich is ever deemed a worthy opponent, we’ll be treated to his innumerable detractors here in Ohio.

It would be difficult to find a reason to vote for someone. We just know who we don’t want.  And the political attack ads will be wall to wall on TV once we get closer to next month’s primary.

I’ve talked to my Republican friends. Asked about Cruz and they immediately tell you how much they hate Clinton.  They only have one word if you mention Trump, Benghazi.  Pressed, they may also add Socialist.  That’s it.  In their minds the Dems are disqualified so they will vote for whichever Republican survives the ongoing cage match.

Many of my Democratic friends are just as frustrated with their options. Talking with a self-identifying Dem, they admit their reticence about a Clinton candidacy.  But what choice do they have?  Cruz?  Rubio?  Seriously?  Trump?  C’mon!  They don’t like Bush or Christie, but they understand the attraction.  How can the Republicans nominate Cruz the Canadian or Rubio the unprepared after seven years of Obama-bashing and birthers?

Sure there are some enthusiastic Sanders’ supporters. Trump, too.  They look and sound surprisingly alike.

It turned out that MCI was a miserable choice.   It would be a couple of years before service and reception equaled AT&T’s.  What we learned was just how bad our choices were.  Kind of like today.

1 thought on “You Still Have 20 Seconds”