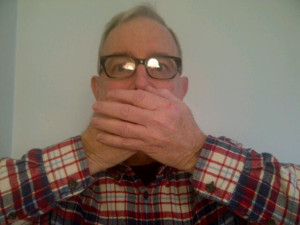 Business or pleasure? Shuhei was nearly packed.  Surveying the room I could see several parties of six to eight office workers, a few people out for some special sushi, and a lot of intense business lunches.  I was there with my favorite life insurance client, my daughter Jennifer.

This being primary Election Day, politics were being discussed at almost every table. Politics, and Donald Trump in particular, was the topic of discussion at the next table over from us.

An Asian woman of a certain age was holding forth. Judging by the way the rest of the table deferred to her, I can only surmise that the ink wasn’t try yet on some contract.  In a voice just loud enough to be heard ten or fifteen feet away, she informed her audience that the Trump candidacy was a sham, a hoax.  She went on to explain that the media, all of the media, are controlled by liberals. The liberals want Hillary Clinton elected President.  So the liberals got Trump to run so that Hillary would be elected.

These printed words cannot convey the contempt she voiced as she expressed these thoughts. She then proceeded to say that people should vote for Donald Trump just to defeat the liberal media.

Overhearing only part of the commentary, another patron left her table and approached the political analyst. “You aren’t really going to vote for Trump, are you?”  Stranger stared at stranger for a moment and the interloper returned to her seat.

I saw no reason to provide my opinion. That decision was rewarded moments later when she admitted to her captive audience that she wouldn’t be voting today.  She couldn’t.  She wasn’t a citizen.

Do these jeans make me look fat?

“No, just news. While running a test last week they found a mass on my kidney.  The doctors aren’t sure if it is a cyst or cancer.”

The Rabbi told him not to worry. It is just a cyst.

Now you may ask yourself how the Rabbi knows that this mass on his friend’s kidney is a cyst and not cancer. The Rabbi is correct either way.  If it turns out to be only a common cyst, then the Rabbi KNEW, he just KNEW, while others were unsure.  And if it is cancer?  Well, sharing hope and a positive message can never be wrong.