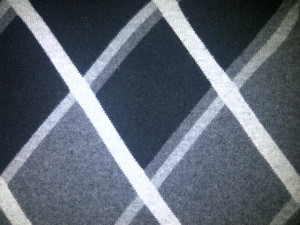 Anger. Resentment.  Righteous Indignation.  Henry (name changed) had it all.  But mostly anger.  And he was sharing it with me.  His voice, both pitch and volume, got higher as his rant went on.  Every once in a while he stopped and made sure that I understood that this had nothing to do with me.  He wasn’t blaming me.  And then the phone call continued where he had left off.

As you may have guessed, Henry was angry about his health insurance premium. He was sure that he was being punished.  He and his family are too healthy, too middle class, too responsible.  He wondered how many families his excessive premiums were supporting.

This is where I could insert little factoids such as that Henry and his family pay less under the new law. Or I could shock you with his significant income.  And by the way, his premium for a couple in their 50’s with a college aged daughter was a touch under $1,000 per month.  But none of that really matters.

Henry isn’t alone. I regularly encounter people who are “Otherwise Responsible”.  They are doctors, attorneys, dentists, etc… with mortgages and all of the normal trappings of the upper middle class, but they either don’t carry health insurance or they complain incessantly about it.  Waste of money!  They would rather spend the money elsewhere, such as on vacations or at the mall.

And the speech is always the same. They tell me about the indigent person who got first class care at The Cleveland Clinic.  There was an uninsured neighbor or co-worker who was treated at University Hospital for cancer, FOR FREE!  “Why should I buy insurance?”  Why indeed.

I used to try to appeal to their better angels. I used to remind them that being indigent and dependent upon society shouldn’t be a life goal.  Now?  Now I just remind them that they are collectable.  That always shuts them up.

We’ve been going through a lot of tissues in my office. I wish my awful cold was the main reason.

It has been a tough eight weeks. Several clients have passed away.  Another in the last few days.   I won’t pretend that every client is a close personal friend, but the vast majority have spent time in my office and talked about more than just their aversion to needles or their frustration with the Browns.  And some, like two of the clients who recently succumbed to major illnesses, had been friends for years.

I had two emergency appointments this past week. One was a widow.  The other was a widower.  Both had lost his/her spouse in the last 10 days.  And now, in the middle of mourning, they were forced to meet with an agent to resolve their health insurance prior to February 1st.  They didn’t know each other and I hadn’t met either of them prior to our appointments.  Their friends had given them my name and number.

I was struck by the similarity of the conversations that I had with the two of them. Both the widow and the widower were grateful.  They were grateful for the time that they had had with their spouse.  They appreciated the care that their loved ones had received, even though a cure had not been possible.  They were grateful for the access that they had had to a system that couldn’t guarantee a positive outcome, just a fair chance of success.

The widow and the widower weren’t the only recent visitors thankful for that box of tissue.  It was that kind of week.  A week of balancing the resentful with the grateful and the entitled with those who would give everything they possess for just five more minutes.