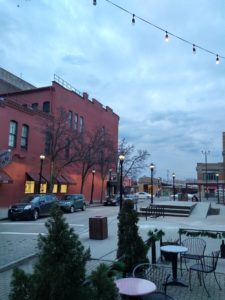 I was in Washington DC to meet with members of Congress about the Patient Protection and Affordable Care Act (Obamacare). Over a thousand insurance agents were there to deliver a simple message, Market Stability.  We were welcomed by some of our elected officials and ignored by others.

One morning Representative Mike Kelly (R-PA) addressed our group.  To be clear, I disagree with Mr. Kelly on almost every major issue.  He talked about the Chevrolet-Cadillac dealership, started by his father, which he owns in Butler, a small town in western Pennsylvania.  And as he discussed the difficulty of meeting payroll and the importance of employer provided health insurance, I realized that this man possessed great empathy.  And that is our word for the day – Empathy.

Empathy allows you to not only hear the concerns and problems of others, but to actually give a damn.  Empathy rounds the sharp edges of ideology.  Empathy may be the first step towards finding a solution that serves more needs than just your own.

Empathy is not universal, even in the halls of Congress. Speaker of the House Paul Ryan (A Better Way) and Representative Mark Sanford (The Appalachian Trail) are touting Obamacare replacements that disconnect health insurance from employment.  Like plans from some representatives from Texas, their plans would limit, and eventually eliminate, the employer exclusion, the ability of employers to deduct health insurance premiums.  The majority of privately insured Americans (non-government) get their coverage at work.  This could negatively impact a lot of people.  But would it hurt a Congressman from Texas or South Carolina?

According to the U.S Census Bureau, Texas still leads the country with the highest percentage of uninsureds.  Texas was down to 17% in 2015.  South Carolina, thanks in part to Obamacare, is down to 11%.  You might think that these elected officials would be trying to make coverage easier to get, not harder.  You’d be wrong.

The client wanted to talk. In truth, he is a nice guy who attends Mass daily and means well.  And he was in pain.   Sitting in my office yesterday, Anthony told me about his sister, now in her late fifties, who once had an abortion.  He told me about his brother who is gay.  And he told me that even though they were all close growing up in Cleveland’s Little Italy neighborhood, neither of them are talking to him since the election.  At first they only wanted to argue with him over his support for Trump.  And now they aren’t talking at all.  They didn’t even come over for Christmas.  Sure, in his heart of hearts, Tony is convinced that they (and me) are doomed to eternal suffering in the pits of Hell, but he couldn’t understand why his brother and sister would no longer spend time with him.  Perhaps it was the constant judgement.  Maybe it was the fact that he refused to accept that there were other options.  Or it could be his lack of empathy.  And Empathy was the word for the day.

2 thoughts on “The Word For The Day is EMPATHY”