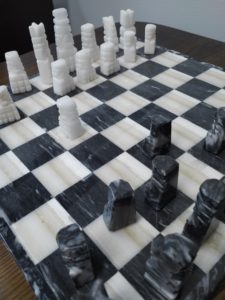 Republican friends used to complain about the liberal hatred of President George Bush. Not me, per se, but Liberals. They would point to Molly Ivins’ book, Shrub, and accuse all Democrats of blinding hate.  The funny thing was that I don’t know that I’ve ever met anyone that hated George Bush.  Don’t get me wrong, I knew/know lots of people who didn’t respect him and plenty of people who questioned his intellect, preparation, and even his 2000 election.  But hate?  No.  George Bush wasn’t big enough to hate.  You could dismiss him and vehemently disagree with every decision he/Cheney made, but you couldn’t hate him.

And then we got President Barack Obama. And with him we got a true understanding of the word hate.  Many of my friends and readers have spent the last eight years referring to the sitting president as Hooosein, Obummer, and worse.  Actually much worse.  Nice people, educated people, people who should KNOW BETTER questioned every aspect of the man and his family.  We seldom saw anyone attempt to debate policy.  Instead there was a barrage of insults dealing with religion, gender, species, loyalties, and education.  And it has not ended.  Just a few weeks ago Trump ally and former New York gubernatorial candidate, Carl Paladino, proved again the ugliness of pure hatred.

I noticed how hatred consumes people. By the way, please don’t point to the Republicans in Congress like Mitch McConnell and Paul Ryan and say that they have profited by their hatred of Barack Obama.  Grow up.  McConnell and Ryan don’t hate Obama.  They are just two of the most incredibly cynical, intellectually dishonest people to have ever roamed the halls of Congress.  This is all a game to them.  And riling up the masses is just one more move on the chessboard.  They don’t hate, but maybe some of you do.

I watched people that started every conversation by cursing Barack Obama. It became their entire focus.  Every Facebook post and every tweet was just one more insult normally drawn from an unending source of memes from places that seemed familiar.  And when their friends pointed out that the story or picture was fake, they became defensive.  “Who is Snopes to say that this is false?”  And as friends, family, and business associates abandoned them they sought solace among those who harbored the same hatred.  And it fed upon itself and just increased their alienation.

And now we have President Trump.

Salena Zito of The Atlantic covered a Donald Trump speech in September. After a particularly fact-challenged presentation she noted:

It’s a familiar split. When he makes claims like this, the press takes him literally, but not seriously; his supporters take him seriously, but not literally.

And we were all wrong. We needed to take Donald Trump both literally and seriously.  As Saturday proved, more than a few people have decided that what he plans to do and the team he is assembling are not what we had anticipated.  Less than a week into the Trump presidency and I have already seen hate.  IT IS TOO EARLY FOR HATE.  We cannot let ourselves get dragged into that hole.

It has only been a few days. We are going to need to organize.  We are going to need to find real leaders, preferably under age 60, to right this ship.  Every moment given to Mr. Trump’s ego and small crowds is a moment given to the Ryan / McConnell legislative agenda.  We don’t have the time or luxury for emotional outbursts.  And we don’t need to be consumed by hate.

1 thought on “Consumed By Hate”