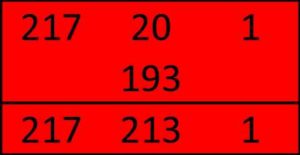 A real estate agent was talking with one of her clients:

I won’t look at any house that doesn’t have a pool.

But you don’t swim! I’ve known you since high school.  You’re afraid of the water.

True, but I must have a pool.

There is no way that you are going to take care of a pool.

Yeah. I would never hire one of those.

Then let’s skip the pool and find a home that fits your needs.

NOPE. I won’t look at any house that doesn’t have a pool.

I know what you are thinking: ridiculous. No one would press so hard for something that they really didn’t want and couldn’t imagine using.  That’s silly.  We are all willing to go to the wall to defend our core values, our families, and our homes, but no one would waste time and energy negotiating something they neither wanted nor needed.

And that brings us to the American Health Care Act (Trumpcare).  The link will take you to the actual bill, but not the last minute amendments which have yet to be published three full days after the vote.  If that strikes you as odd, then the rest of this is really going to throw you.  The Republicans want to assure us that coverage is going to be better, prices are going to be lower, and deductibles are all going to plummet if this bill is signed in its current form.  They only went to the wall for the right to eliminate all consumer protections and the illusion of coverage because they needed a new hobby.

The administration’s master of doublespeak is the Secretary of Health and Human Services, Tom Price. He was on CNN this morning trying to convince Jake Tapper that less is more.  Here is the link. Let’s be clear and state plainly that less is less.  We are looking at a significant change in Medicaid funding.  Americans earning less than 250% of the federal poverty level will be adversely impacted by cuts in both who may charge for services (Planned Parenthood defunded) and how much money is available to pay for care.  The Freedom Caucus Republicans fought hard for the opportunity to eliminate the Essential Health Benefits and the other key provisions of the Patient Protection and Affordable Care Act (Obamacare).  How will they utilize that victory?  What benefits would be eliminated first?

The Los Angeles Times has prepared an excellent comparison of the two laws. This is the link. The original reporting had been done in March.  This link has been updated with all available information.

We can create cheaper policies. It isn’t that hard.  If we could go back to not covering maternity as part of the policy, if you had to pay more for a policy that covered mental, nervous, and emotional disorders, if we could segregate the unhealthy and unlucky into separate insurance pools from the rest of us, insurers would be able to offer policies that would be a lot less expensive.  And if you purchase one of these “skinny” policies and then get sick?  Sucks to be you.  And more likely, when it turns out that the policy you thought would protect you doesn’t, well you should have read all of the fine print.

I watched the Republicans celebrate an (im)moral victory Thursday afternoon at the White House. They proved that they could pass a bill, any bill, that might kill Obamacare.  But it takes a better man than Paul Ryan to kill Obamacare.