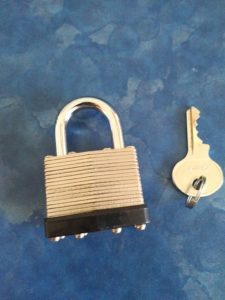 Lori has owned a small business for most of her twenty-five years in America. She is a proud U.S. citizen.  She and her family fled communism for democracy, totalitarian regimes for free elections.

Vladimir Putin and his cronies have been a topic of our conversations for years. She has a healthy concern about his control of Russia and the way his opponents are executed, sometimes in public.  She worries about the obvious similarities between Donald Trump and Putin.

Imagine my surprise when she whispered her confession. Lori didn’t vote in November.  Couldn’t.  Lori had voted in every previous election, but not this one.  She was adamantly opposed to Trump.  That part was easy.  But voting for Hillary Clinton became difficult last year.  In January and February she would have been OK with either Bernie or Hillary.  Then the stories started.  Things got fuzzy.  And finally by November she just couldn’t pull the lever for Mrs. Clinton.  Another win for the disinformation campaign.

There are lots of Loris. We will never know how many people didn’t vote last November, not because they were barred from the polls but because they were too frustrated / overwhelmed to vote.  I don’t know how to measure this.  Will Congress be able to determine whether this manipulation of our electoral process was just dumb luck on the part of our adversaries or part of a concerted effort by one of the campaigns? And if they find out, let’s hope they don’t keep it a secret.