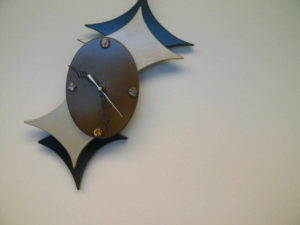 I’ve had way too much time on my hands lately. This has led to way too much TV.  FOX, MSNBC, and CNN kept me company in the hospital and now at home.  Truth, I deserved better.

The frontrunner, the leading candidate for the Republican Party’s nomination, is imitating the pancake eating habits of one of his opponents. It looks like a Saturday Night Live skit.  Does the Leader of the Free World need the bullying skills of a 10 year old?  I’m shocked.  And if you are reading this, you are probably shocked, too.

So before this goes any further and everyone digs in for the final fight, I have a quick question:

What if it had been the other way?

Do my Republican friends wish that Donald Trump had hijacked the Democratic Party? He could have.  His positions (go ahead, detail them) could just as easily have been presented as D’s.  We could have Donald Trump, Hillary Clinton, and Bernie Sanders fighting for the Democratic nomination.  And Jeb Bush could be just about ready to eliminate Scott Walker.

In that universe my Republican friends might  sleep easily with either of their potential nominees, Bush or Walker? Would they be praying for Trump to polish off Clinton and Sanders?  Would either of their guys beat Trump head-to-head?

Please list the top 5 reasons why the Democrats should be ashamed of a Trump ticket. Bet it would be easy.  But you are here, so what are you going to do in November?

And my Dem friends shouldn’t get too smug. It could have been us.  I would not vote for Donald Trump, period.  This time I will have an easy choice.  What about next time?

There is no escape to a parallel universe. We, as a country, need to start now to groom the candidates of 2020 and 2024.

4 thoughts on “The Parallel Universe”