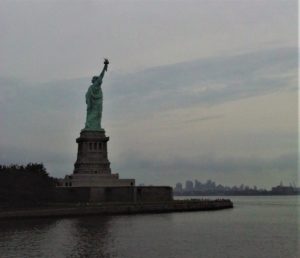 I was having a beer with Eugene.  I have known Gene (name changed) for almost thirty years, back to a time when my hair was brown and he had some.  He does business with me and I do business with him.  We have never let our significant political differences impact either our business or our personal relationship.  Mutual respect allows us to disagree without attacking each other.

Eugene was only a teenager when he and his family came to the United States in the 1970’s with next to nothing but a dream.  They got an open door and little else.   They took their opportunities and were incredibly successful.  That success, and the equally big wins of a couple of his peers, informs Eugene’s politics.  He worked really hard, took some chances, and won.

As I said, Eugene and I were having a beer.  I told him about a new client, Mrs. J.  This is her story:

I received a call earlier today from a man who wanted to talk about his 50 year old daughter-in-law.  The woman is here in the United States legally and has her Green Card.  The Federal Marketplace sent her and her US-born husband to Medicaid.  Now, with Donald Trump and Steven Miller attacking legal immigration, the gentleman on the phone is afraid that having Medicaid could impact her future legal status.  This seems like a reasonable concern.  After some discussion, Mrs. J. contacted Medicaid, cancelled her coverage, and purchased the only health insurance she could, a short term major medical policy.

Eugene winced. “If you personalize this, if you know someone, this looks pretty bad.”  But I believe that we all know someone.  We have friends and/or relatives who were born elsewhere.  My parents were first generation Americans.  So were many of yours.  This should look bad to all of us.

Eugene recovered quickly.  He noted that too many people came to the United States and didn’t work hard within his own community.  He believes, he knows, that the American Dream is available to anyone.  So he is sympathetic to Mrs. J.’s plight, but he is much happier now that she will be paying for her own coverage, even if it is just short term.

What do you think?  Should legal immigrants fear for their permanent status if they accept any governmental aide for food, shelter, or health care?  I confess to mixed emotions.  I’m not as certain as my friend Gene.

Let me know.  We can always meet for a beer.

Picture – Stuck On The Wrong Side Of Liberty – David L Cunix