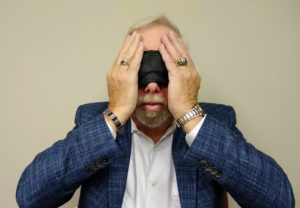 There is a Chevrolet / GM dealership in South Shoeless, Ohio (population 6,437).  A new ownership group took over Dirt Road Chevy in 2015.  One of the changes they implemented was a focus on the service department, specifically brakes.  By March of 2016 Dirt Road Chevy had already exceeded their brake orders from all of 2015.  GM was thrilled.  Dirt Road Chevy moved more brakes than much larger dealerships in Columbus and Cleveland.  In December the manager of the regional distribution center, himself the recipient of a sales bonus, sent a special holiday dinner for the owners and employees of the dealership.  Everyone was happy except Jack, a fork-lift operator in the distribution center.  Jack thought it odd that a Chevy dealership in a tiny town could possibly sell and install so many brakes.  He brought this up to his supervisor who told him that his job didn’t include thinking.  In 2017 Dirt Road Chevy was #1.  No dealership in the country ordered more brakes.  GM was thrilled.  Jack was freaking out.  He contacted the FBI, who, it turned out, was already investigating Dirt Road Chevy.  Brakes were the last piece of the puzzle.  Local police, State of Ohio troopers, and the FBI raided Dirt Road Chevy on the morning of February 4, 2018 and uncovered one of the largest money laundering operations in the country.

There isn’t a Dirt Road Chevy or even a South Shoeless, Ohio, but there was a Unique Pain Management located in a real Wheelersburg, Ohio (population 6,437).  Dr. Margaret Temponeras opened the clinic in 2005.  According to the Plain Dealer, “In a span of less than four years, Temponeras ordered 1.66 million pain pills.  The Plain Dealer found that she ranked 18th out of the 64,252 practitioners nationwide who ordered oxycodone and hydrocodone from 2006 through 2012.”  Miami-Luken, the pharmaceutical distributor, and the drug manufacturers were thrilled.

Ohio is second only to West Virginia in the number of deaths from overdoses in this country.  There was a drugstore in Kermit, West Virginia (population 400) that sold almost 4 million opioid pills between 2008 and 2011.  How could this happen?  Was anyone paying attention or were the manufacturers and distributors simply pushing for more sales?   U.S. District Judge Dan Polster is overseeing a collection of over 2,000 lawsuits against the drug companies.  He wrote, “a fact finder could reasonable infer these failures were a substantial factor in producing the alleged harm suffered by Plaintiffs.”

A group of us were discussing the opioid epidemic, the recent Oklahoma Johnson & Johnson case, and the major case in Ohio.  One guy was hoping this would all end soon.  “These products are legal.  You need to remember that lots of people have 401 K’s.  Our money is invested in those companies.”

You have to work hard to see no evil.

I was at a celebration, a few hours later, in Solon.  Someone noted President Trump’s aberrant behavior.  While others were laughing about the doctored weather map, a Trump supporting friend weakly noted, “Yeah.  Yeah.  But I really like what he’s doing for my 401 K.”

I heard that twice in one day.  I wish that it required more effort to see no evil.

3 thoughts on “Working Hard To See No Evil”