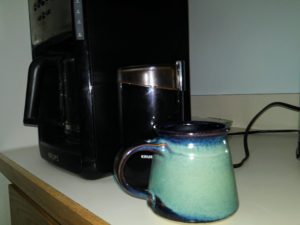 The New Democratic Leadership Council (NDPC) was the Ohio version of the Democratic Leadership Council (DLC) in the mid-1990’s, the moderate wing of the Democratic Party. It had been formed, in large part, after the humiliating defeats of our candidates in the 1984 and 1988 elections.  Al From and others attempted to move the gravitational center of the party back to a more electable middle.  And an insurance agent living in South Euclid, ME, became the chairman of the Greater Cleveland chapter.

In the fall of 1995 I attended a political event and was introduced to Jimmy Dimora, the recently elected chair of the Cuyahoga County Democratic Party.  He said that he was aware of the NDPC and asked me how many votes we controlled in the party.  That hadn’t been our focus.  We were issue driven.  We were working across the state to develop a platform that could attract a cross-section of Ohioans. I answered him honestly, “a few”, and he quickly moved on to people who were more important to him.  The individual who had taken the time to introduce Jimmy to me, an elected official, was surprised and apologetic.  I wasn’t offended.  I had just been taught an important lesson.  Ideas are important, but you must be able to count and control your votes.

Howard Schultz would like to be your next president.  He is not alone.  The election of Donald Trump has caused any number of Americans to scream at their TV’s, “WTF?”  Real billionaires and successful businessmen know that he isn’t in their league.  Policy experts from the Left and the Right gasp at this ignorance.  Lots of elected Democrats believe that he can be beaten.  And over a dozen Republican Senators and Governors must live with the constant reminder that the Republican electorate viewed Donald Trump as a better choice than any of them.  So it is no surprise that Mr. Schultz would like to do what Mike Bloomberg should have done a few years ago, run for the highest elected office in the land.

Mr. Schultz, a lifelong Democrat, won’t compete for the party’s nomination. He has decided to run as an Independent.  Unencumbered by party rules, primaries, or any other part of the vetting process, Mr. Schultz can self-fund his way onto the ballots of all 50 states.  The other reason, the official reason, he has chosen to explore the Independent route is because he sees himself as uniquely alone as a presidential hopeful.  He believes that he is the only candidate who is socially liberal and fiscally conservative.  That may, or may not, be true. There may be even be an unquenchable thirst for this particular mix.  I hope we don’t find out.

Much has already been written about the possibility of a Schultz candidacy pulling anti-Trump votes away from the Democratic Party standard bearer and inadvertently reelecting Trump. Dems seem to be hoping that this is all a vanity project and that his attention will be drawn elsewhere.  Republicans are cheering him on.  This post isn’t about that.  This post is about an unlikely Schultz victory.

Just to be clear, if I was describing my own politics it would be socially liberal and fiscally conservative. I would have welcomed Mike Bloomberg into the 2016 race since he had real experience in both business and government.  My objection to a Schultz victory would be the legislative outcome or lack thereof.

The last ten years have shown how our system can be manipulated. The villain, the most cynical man in Washington, is Mitch McConnell.  It is only within the last ten years that nearly every piece of legislation needed 60 votes to pass the Senate.  Mitch has yielded the filibuster in ways previously unimagined.  And when Senator McConnell would ask President Schultz on the first day of his presidency, “How many votes do you control”, the Schultz presidency would be over before it got started.  A President Schultz would enter the legislative battle alone, friendless, and with limited influence.  The current president wields his twitter feed and Fox News at his opponents, in and out of his current political party.  He can threaten to support a primary challenger if a member of Congress doesn’t fall in line.  President Schultz wouldn’t have any loyalty or clout with either side of the aisle.

2020 is still a way away. I welcome Howard Schultz into the race as a Democrat.  Let’s vet his ideas.  Let’s see if he is willing to do the hard work of campaigning in the snow of New Hampshire and the county fairs of Iowa.  Let’s see if this is more than a vanity project and that he has the fire in his belly.  Let’s see if he can count and control his votes.