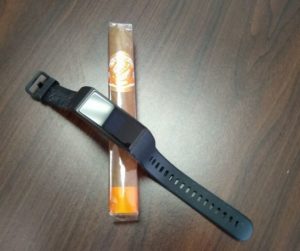 My inner introvert was having a knock-down drag out fight with my innate contrarian.  Their only points of agreement seemed to be their disdain for their host and their displeasure with the turkey pastrami sandwich passing as lunch.

We are a full year into this pandemic.  I consider myself lucky.  We are healthy as are our children.  We have had friends and clients touched by COVID, some were hospitalized, and a couple who succumbed to the illness.  But my innermost circle has remained healthy, at least physically.  Who amongst us has not been impacted emotionally by the threat of illness or the forced isolation of the last twelve months?

I had lunch with my friend Larry yesterday.  We were socially distanced, safely apart, at the local POKE restaurant.  It had been six months since I had seen him.  We had eaten lunch outdoors at Aladdin’s at the end of August.  I don’t know what was stranger, sitting inside a restaurant or visiting with a non-family member.  Thank G-d I’ve known Larry for over 30 years.  It took a while to get into the flow of a normal conversation.  We have regressed, socially, in this year of relative isolation.  Our connections to the world have been the television and (anti)social media.  We will have to unlearn the tendency to either vehemently agree or aggressively disagree with our fellow human beings now that we are getting back to seeing them in person.

My friend David came by today for a walk in the park.  Three miles!  Sally got me a Fitbit like device for my birthday so I got to measure the distance.  I treated us with a couple of Liranja cigars from my humidor.  They had been patiently waiting for the right moment since I got them in October.  Sixty degrees and sunny, March in Cleveland can be such a tease.  We all know that there is still at least one more big snowstorm coming, but for the moment it feels like spring.  And for the moment, it feels like normal.

I could get used to normal.