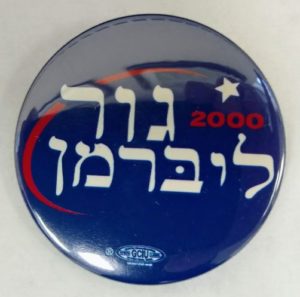 The challenge of any marriage is to withstand all adversity, to persevere through both the best of times and the worst of times.  Some marriages survive.  Some do not.

A large percentage of our country is in the middle of a difficult marriage, one that is being challenged, one that is not at the precipice of what could be considered the worst of possible situations, but close enough to give many of us pause.  That conflict, that issue that could force so many of us to affirm our commitment to For Better Or For Worse, is between the Democrats of the US Senate and two of their own, Joe Manchin (D-W VA) and Krysten Sinema (D-AZ).

We once had liberal and conservative elected Republicans as well as both liberal and conservative elected Democrats.  Some of our elected representatives defied even those two recognizable labels.  Each issue merited deliberation and consideration prior to a vote.  Those days are pretty much over.  The “country-club” Republicans  are gone.  The two Republicans known to cross the aisle and explore opportunities for bipartisan action are Lisa Murkowski (R- AK) and Susan Collins (R-ME).  Congress once had a large Blue Dog Caucus, a number of conservative and centrist Democrats in the House and Senate.  Now we have Manchin and Sinema in a 50 / 50 Senate where every vote counts.

The last eight years have been difficult for the Democrats.  They watched Mitch McConnell and the Senate Republicans obstruct President Obama’s agenda.  The sat powerlessly as McConnell blocked the appointment of District Court Justices and then refused to consider the appointment of Merrick Garland to the Supreme Court.  And they could not stop the appointment of countless marginal appointees to the Courts and three, three, Justices to the Supreme Court.  Now that Democrats are in the majority of the House, control the Senate, and enjoy the Presidency of Joe Biden, they are ready to move.  What could possibly keep the Dems from fulfilling their campaign promises?  Right now the answer is the current version of the Senate filibuster, Mitch McConnell, and two Senators unprepared to go to the mat for the Democrat’s agenda.

Divorce is not an option.  Push too hard on the centrists and you run the risk of them simply moving to the other side.  If that happens now the Dems get nothing, literally nothing.  The Republicans successfully convinced Collins and Murkowski to go along with most of their agenda and all of the judges.  The Democrats now have that same challenge with Manchin and Sinema.  There will be hurt feelings and pressure both private and public.  Deals will be made, some that will never be made public.

The marriage between the Democratic Party and Senators Joe Manchin and Krysten Sinema is for better or for worse.  The next month or so will include plenty of both.