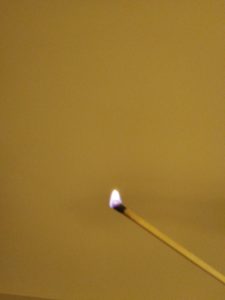 I have friends who are Conservatives and friends who are Republicans. Most of my Conservative friends vote for Republican candidates, but not all straight-ticket Republican voters are actually Conservative.  Many are simply anti-Democrats.  They may be able to espouse the appropriate Conservative talking points, but if push comes to shove, they will vote for any R regardless of the candidate’s policies or positions.  The exact same can be said for Liberals and Democrats.  I expect a certain amount of squealing over this assertion, but a quick look at your Facebook timeline should confirm my statement.

Having stated the above, I have been trying to avoid the Facebook political posts from my Republican friends. The memes are bereft of wit or humor.  At some point it is just boring.  And by the way, there really is nothing amusing about any presidential candidate suffering from dehydration and feeling woozy.  But that’s just my opinion.

I’ve known Jack (name changed) for over ten years and was pleased to accept his Facebook friend request in 2011. Jack lives in another part of our country, believes passionately in the Second Amendment, and is an honest to goodness Conservative.  Other than our love of country, there is very little we have in common.  I disagree with most of his posts, but I try to read as many as possible, if for no other reason than to understand a different point of view.  I have several friends like Jack.  Some live as close as Shaker Heights.

This brings us to something Jack shared a few days ago. The post, an article from the National Review, was entitled Yet Another Campus Speaker Disinvited in the Name of ‘Tolerance’.  I had a moment, and because the post was from Jack, I followed the link and read the article.  The writer slammed the NYU medical school for disinviting James Watson, the famous biologist who was one of the co-discoverers of the structure of DNA.   The reason?  “Watson has said some controversial things in the past”. That’s it according to the author, Jason Richwine.  Mr. Richwine’s article is about political correctness, the foolish claims of tolerance, and the value of FREE SPEECH.  Comparisons to Soviet propaganda are a key part of his article.

I confess that I was confused. First, the DNA thing was in the early 50’s and I knew that he got a Nobel Prize in the 60’s.  I didn’t know he was still alive.  Second, it has been 50 -60 years, if he was still around what would he add to the conversation that these students wouldn’t already have read?  So, I didn’t know why he was invited, but more importantly, I couldn’t imagine why he would be disinvited and why it would have anything to do with tolerance.

The comment section of the article was the first clue. And that is the purpose of this blog.  Mr. Watson has a history of bigoted comments.  Many of them are centered around a belief that Sub-Saharan Africans are inferior.  He has been quoted as saying, “(I am) inherently gloomy about the prospect of Africa (because) all our social policies are based on the fact that their intelligence is the same as ours – whereas all testing says not really.”  There is more and his opinions on obesity and others dissimilar to himself are equally shocking.

Where do we draw the line? Was NYU stifling free speech?  Was it important to expose the NYU medical students to a man who said, apologized, and said again any number of racist statements?  Or is this more of an example that one cannot falsely shout fire in a crowded theater?  Of course, the other obvious question is why James Watson was invited in the first place.  Was it to embarrass the university?  Was it to provide a hatemonger a forum to spread his ideas?

Some of my Conservative friends, in the defense of free speech, believe that someone like Watson should be allowed to speak. Inappropriate comments are destroyed by the bright light of observation.  All we need to do is give every bigot, every racist, every anti-Semite a megaphone and the absurdity of their baseless hatred will reveal itself to their ultimate shame.  Yeah, right.

Whether it is the idea that the Mexican government is intentionally shipping us all of their rapists and murderers, or the terrible anti-Semitic, anti-Black, anti-gay, etc.…  that fills the internet, megaphones seem to encourage, not discourage, the spread of hatred, half-truths, and absolute lies.  I’m tired of providing the megaphone.  I’m tired of the abuse.

I don’t know why James Watson was invited or disinvited to NYU. I honestly don’t know where to draw the line.  I am tired of hearing people yell FIRE.