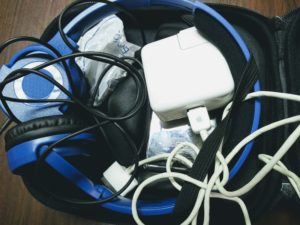 I bet you never thought you would welcome ads for windows and Depends. Gosh those political ads are annoying.  I recall watching ad after ad attacking the two guys who were running for attorney general, Dave Yost and Steve Dettelbach.  If the commercials were only 50% true, neither of them should be allowed to hold this position of trust.  One got elected.  The other can now go on to earn an honest living.

Clearly, the biggest loser was intellectual honesty. Watching so many Republicans prostrate themselves at the shrine of preexisting conditions would have been amusing had there not been real life consequences to their previous actions and votes.  That may have worked this time.  It will be interesting to watch what they do, both in Columbus and Washington, in the next year.

Voters lost, too. Please think back to all of the Mike DeWine ads of the last year.  He sold fear, real and imagined.  Mr. DeWine only aired one positive ad.  It featured his daughter, her cross like the My Pillow Guy’s strategically hanging outside her outfit, singing her dad’s praises.  But Mike DeWine never asked for your vote.  Not once.  Mr. DeWine never looked into the camera and asked you to entrust him with the job.  He got elected by smearing the other guy.  What does he owe you?  Nothing.  What are you going to get from a DeWine administration?  Who knows?

Winner – Gerrymandering.  Congresswoman Marcia Fudge’s district, one specifically designed to inoculate Republicans from any population that might challenge their dominance, gave her over 80% of the vote.  I suspect that Ms. Fudge would win reelection in a 50/50 district.  Herding her supporters into one district allows several other less talented candidates to glide to victory as well.  The Republican sweep Tuesday night will make fair districting that much more difficult.

Winner – OHIO. Sherrod Brown was the #1 vote getter Tuesday night.  Sherrod Brown, an unabashed Liberal Democrat, got votes from people who must have also voted for DeWine and other Republicans.  The hopefully ends the ugly, divisive political career of Jim Renacci.  I recall his contentious ugly first campaign in 2010.  I was not surprised that his last act was so much like his first.

The 2020 campaign starts today. Thankfully the commercials won’t begin for another couple of weeks.