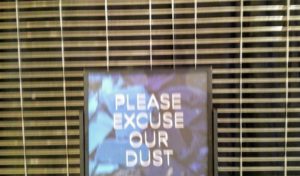 As I predicted all along, Obamacare has been struck down as an UNCONSTITUTIONAL disaster! Now Congress must pass a STRONG law that provides GREAT healthcare and protects pre-existing conditions. Mitch and Nancy, get it done! The Tweeter-in-Chief

Never has someone who knows so little been put in a position to opine so much. If Congress would simply tweak and rebrand Obamacare, the Patient Protection and Affordable Care Act, and rename it Trumpcare the way NAFTA was rebranded a few months ago, we could all get on with our lives.   G-d knows Donald Trump would never know the difference.  This is the same guy railing against Chinese imports while his reelection signs are being produced in, wait for it, China.

Mitch McConnell has led a ten year fight against anything Obama.  Where Trump fights with bluster and lies, McConnell has fought the inside game armed with a level of cynicism never before witnessed in American politics.  Give the man credit.  He is a champ.  For the last eight years Mitch has beat Obamacare like a rented mule.  He has never been afraid to use the filibuster when in the minority or to weaken the power of the filibuster now that he leads the majority. His major focus the last two years has been taxes and packing the courts.  The Senate no longer holds hearings on legislation.  Mitch just gathers his caucus and pushes through his agenda.  Last year’s American Health Care Act is the perfect example of why legislation shouldn’t be crafted behind closed doors.  It was the culmination of years of Mitch unchecked.  It is hard to believe that the AHCA almost passed.

What should the Democrats do? If I was a member of the House leadership team, I would simply force the Republicans to finally offer a viable alternative.  I would go on every show and look into the camera and ask President Trump to tell us his plan.  I would follow up with my request for Mitch’s.  There has never been a Republican alternative to Obamacare, not a real one.

Until the success of the lawsuit Friday night, the Republicans had been allowed to bitch on the sidelines and offer empty promises.  Not anymore.  Now they have to govern.  It is going to be hard with that void of leadership at the top.