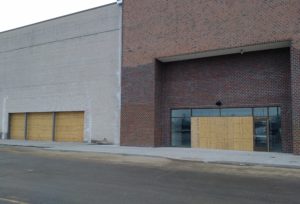 The toughest kid in the third grade spent some of his time bullying his smaller classmates. He focused mostly on the second and first graders.  He was the lord of a very small world.  His only fears were the adults who occasionally visited his playground and the fourth and fifth grade bullies.  Such is the life of the bully.  There is always someone a little bigger.

I was walking through one of our dying malls when I saw a manager berate an employee.  She was demanding his counter keys because he had failed to turn-over a potential customer.  The salesperson stared at his shoes, standing there in the middle of the store, a well-known chain that infests most of our malls.  Properly humiliated, the salesperson was allowed to continue his day while the manager returned to her cellphone.

It has been seven years since I last wrote about the demise of retail, The Empty Suit.  Brick and mortar retail has only gotten worse.  The newspapers, magazines, and TV constantly bemoan the invasion of online retailers such as Amazon.  We are told about the lost jobs, the empty buildings, and the value of shopping locally.  We are supposed to feel guilty.  I confess that I used to second guess my decisions to shop online.  That day has passed.

A walk in the mall is an obstacle course of desperate employees begging for credit applications, bogus special events, and kiosks for anything from replacement windows to beauty products. Regular shoppers have a difficult time finding the same clerks on successive visits.  The salesperson who helped you Tuesday may or may not still be employed Friday when you return to pick up your order.    Many stores, even the best such as Nordstrom’s, no longer carry a full run of sizes and styles.  In the end, ordering online provides more choices and faster delivery.

And as local retail dies, the quality of management decreases. The empty suit I described seven years ago has been replaced by an even lower species.  The stores, especially the chains, view their employees as replaceable warm bodies.  The managers have no respect for their underlings.  Based on the quality of the managers, it is likely that the supervisors have little regard for them.  And absolutely no one gives a damn about the customer.

The toughest kid in the third grade is running a retail store in your local mall.

Photo – I’m Ready For My Close Up – David L Cunix

2 thoughts on “The Toughest Kid In The Third Grade”