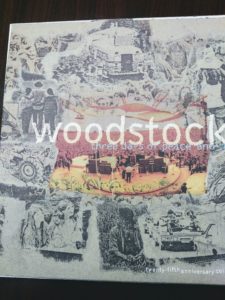 “The guitar is dead.” I must have been 11 or 12 and I was alone in the car with my father.  The radio was playing some long forgotten song and I was appreciating the artistry of the guitar player and wishing that I, too, could play the instrument.  My father was clear.  “The guitar is dead”, he said.  He was so sure, so clear, that I will always remember the moment.  It was the moment that I realized that my father had no idea what he was talking about.  Zero.  It was an important moment.   My father spoke in superlatives.  He always knew the absolute right answer, the best way, the ONLY solution.  And he was almost always wrong.  It became a safe bet to go in the opposite direction.  Once I realized that it was all bluff and bluster without any facts to back up his assertions, I stopped letting him play the devil’s advocate with whatever path I was planning to take.  The more certain he was, the less likely he was right.  There was an awful lot of sizzle, but almost no steak.

I have had this dull throb begging for my attention for over two years. Every once in a while I would think that It might be Donald Trump, first the horrific idea of him being the leader of the free world and then, worse, when he was actually elected.  Fran Lebowitz is credited with first noting that “Trump is a poor person’s idea of a rich person”.  I would add that Trump is also a weak person’s idea of a strong man, a follower’s idea of a leader.  But my disdain for him and his apologists wasn’t the cause of this particular discomfort.

Yesterday Donald Trump was captured on camera. This transcript is from the Atlantic.

Reporter: What is your response to people who say you are a racist?

Trump: No, no, I’m not a racist.  I am the least racist person you have ever interviewed, that I can tell you.

This wasn’t the first time Trump has made this ridiculous claim. It won’t be the last.  But something hit me.  I finally recognized it.  The sizzle.  The empty, patently false assertions.  The importance of not believing a word of any of it.  I was back in the car with my Dad.  Oh, don’t get me wrong, my father (May he rest in peace) was neither a racist not an unrepentant Trumpian liar.  No, it is more a combination of attitude and generational norms.  Donald Trump is still applying for a position in the Rat Pack.

Three more years of the Trump presidency, but at least that dull throb has gone away…

1 thought on “The Certainty Of Ignorance”