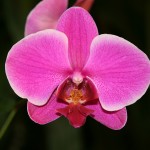 She has been on J-Date and Christian Mingle, eHarmony and Match.com.  She was a little hazy as to whether she had ever paid for any of this.  She said to me, “Please tell my story.  Just don’t use my name.

She was “The Babe”.  She was always The Babe.  She was born adorable and never spent a single day of her life where she wasn’t the cutest girl in the room.  Robbed of the magical transformation from the awkward and plain to the wonderful, she was allowed to focus on the same imperfections and luxuriate in her insecurities from pre-puberty till now in her early sixties.  She has spent her life second guessing everything, of never feeling truly confident.

The Babe could sing.  When she was younger she occasionally performed on stage or with local bands on the Holiday Inn, wedding, and Bar Mitzvah circuit.  Not achieving real fame or serious accolades only fed into her self-esteem issues.  A good Jewish girl, she earned her degree, got married, and had a child.   In that order.

Mother, performer, teacher, employee in her husband’s business, The Babe hardly had enough time to exercise all of her self-doubts.  But in that area she was truly an over-achiever.  And that was before the divorce.

Twenty years have passed since her divorce.  The Babe never remarried.  There have been a fiancé or two, lovers and boyfriends.  She’s been betrayed and she has been less than angelic.  She is remarkably unchanged in either appearance or temperament.   It is what has changed, what she has lost, that prompted her request.  She is mourning her loss, her loss of control.

She met him on one of those online dating services.  Recently divorced and new to dating, his daughter had to talk him into completing his online profile.  The Babe was one of his first connections.  He was thrilled.  After years of unhappiness he was suddenly in the company of a bright, vivacious woman.  They quickly fell into a committed relationship.

But a funny thing happened on the way to blissful monogamy.  His phone kept on ringing.  His email box was full.  He was still available according to the sites and he was popular.  Really popular.  Who knew this could be so much fun popular.   Girls didn’t call boys when he was in high school.  And even if they deigned to come to the phone, the girls could be cruel in their rejections.  “Saturday?  No.  I have to wash my hair.”  And now?  Now, women, desirable women, wanted to go out with him.  And he was going to miss all of this?

Needless to say, this didn’t last long.  He tried to discreetly meet with some of the women without saying anything to The Babe.  No one as insecure as The Babe would miss any of the signs of trouble.  There was time spent apart and promises made.  But in the end The Babe agreed to an Open Arrangement – he’ll date a lot and she’ll pretend that she doesn’t mind while she waits for him to “grow out” of this stage.

Was there something she could have done differently?  Should she have given him more space at the start, when he was first divorced and feeling his way?  I don’t think so.  That would just be assigning blame and feeding into her insecurities.  I don’t even think that it is an honesty issue.  He wanted a serious, permanent relationship when he met her.  It was all he knew.  The only option available.

He has his open relationship and he may never look back.  Or, he may realize a month or two from now what he had had with The Babe.  And it will be too late.  Did I mention that The Babe has been on J-Date and Christian Mingle, eHarmony and Match.com?  And this week she will sign up for Our Time.