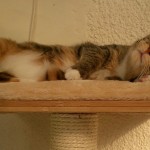 My average morning includes sifting through a couple hundred emails. If I turn off the computer by 11 PM, I will have over two hundred emails waiting for me the following morning.   A week or so ago, I began my work day the way I usually do – I started the coffee, turned up the music, and checked my emails. One email caught my attention. The prettiest girl in Parma had sent me a message. It had only been a couple of weeks since I had revamped her health policy, so I immediately knew the purpose of this email. Yes, her account had been hacked.

Email, Facebook, Twitter, we have too much access but not enough interaction. I feel compelled to respond to every contact. I compulsively answer every question. If someone sends me an email, I respond by email. Sometimes the message is nothing more than an acknowledgement of receipt of their email. Some friends and clients correspond primarily through Facebook. OK. I respond in kind. Phone calls? More personal so less common in 2014. But the people who take for granted that I will answer their questions, listen to their concerns, or simply point them in the right direction, often feel no need to respond to me. Did I answer your question? Do we need to meet? To talk? Are you still there?

Most of the emails I receive are either spam or sales pitches. I have become surprisingly adept at eliminating them. I have to be careful that I don’t inadvertently delete a legitimate email while dumping the trash. It takes the hand – eye coordination of a .300 hitter to weed through them as quickly as I do now. But every click brings to mind how great it would be if this In Box were filled with meaningful notes from people who actually wanted to talk with me. But it isn’t. There are three emails from the guy whose food will save my life and countless opportunities to check or improve my credit score.

Facebook has, in an odd sort of way, become more enjoyable. The pictures, children, grandchildren, and the pets, lots and lots of pets, seem to be more genuine and the emotions seem more real. I’ve seen countless pictures of my friend, Mirja, with her cat. I really hope that Cleo, the cat (pictured above), loves Mirja half as much as she loves it. And my friend Ellen just posted a new studio picture of her with all of her grandchildren. We, her Facebook friends, get to watch them as they grow up and share in her joy.

A new trend has popped up on Facebook. Tired of trying for mass appeal, I have seen people start to segregate their FB friends. Some posts go to everyone. Pictures of the kids and noncontroversial posts about TV shows are there for everyone. But the good stuff, the posts that give a hint to the person behind the name and safe picture, only goes to a select few. Who knew that L.C. was so adamantly an atheist? When did S.S. become a liberal Democrat? Was J.W. always that conservative? And now, instead of risking offending some of their friends, or worse, pretending to be without beliefs or opinions, they created their own communities. New friendships, built on more information and a lot more honesty, might actually become real friends.

Will it take hold? Will these new communities just be more fodder for Facebook’s insatiable need for more info so that it can sell our data to more advertisers? I don’t know, but I enjoy the new found clarity and sense the freedom that pretenses kept hidden.

I teased the prettiest girl in Parma that even a hacked email from her is better than nothing. She agreed that we should talk more often.

1 thought on “Just Another Email”