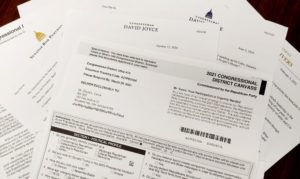 Old movies filled many a winter Saturday afternoon when I was a child in the mid-1960s.  That was when I was introduced to the Marx Brothers.  I didn’t know that Groucho Marx had been a movie star.  Until then I had only seen him on his TV show, “You Bet Your Life”.  The show would consist of Groucho talking with people selected from his audience.  They would win $100 if they said the secret word.  That’s all it took.  If they happened to say the right word they won a prize.  This is a link to some of his most amusing comments.

We recently celebrated July 4th, the commemoration of one of the most innovative and daring political documents of all time.  The sheer audacity of the crafting of the Declaration of Independence is celebrated in the movie 1776.  Sadly, if you talk as I do with the men and women who serve us in Washington and Columbus, it is hard to believe that such a thoughtful, high-minded document could ever again be created.

Instead of a thoughtful articulation of political positions, our elected representatives are searching for the secret words that will win the two prizes they crave, campaign donations and our votes.  And yes, I put those in the apparent order of importance.

When is a politician most honest?  Is it when he/she is interviewed on a Sunday morning TV show, speaking to the constituents at a town hall, or are their fundraising letters the clearest insight to their innermost thoughts?  I don’t recall the last open forum town hall in our area.  I wonder how many of us would recognize our Congressman, State Representative, or State Senator if they were picking out apples at the grocery store.  So I will rely on the one thing I have in abundance, fundraising letters.  I believe that their solicitation letters accurately reflect their true beliefs.

Below is a list of politicians and a selection of excerpts from their fundraising letters.  The challenge is to match the politician to the quote.  The letters are all from Republicans.  I get as many unsolicited and unwanted solicitations from Republicans as senior citizens get from AARP. This is partially because I live in the gerrymandered 14th District and partly because they have the mistaken belief that insurance agents are all Republican gun enthusiasts.

Here are the quotes:

Did you spot the secret words?  I find these letters depressing.  And yes, I’m sure that some/most of the elected Democrats are just as complimentary of their fellow lawmakers.  The questions remains – do they really believe this stuff or is it just what they need to say to raise money for their campaigns.  These letters motivated me to post this blog.  No checks were written, at least not to them.

Picture – Tell Me What You Really Think – David L Cunix

1 thought on “Say The Secret Word”