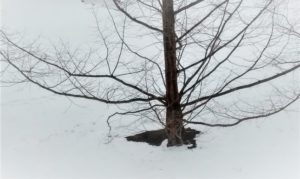 Rob Portman saw his shadow and he has six more months of being a US Senator.  I have not bothered to hide my disdain for Ohio’s junior Senator.  Last February I imagined Portman on a balcony, Evita-like, singing Don’t Cry For Me Ashtabula.  I first predicted late last summer that Mr. Portman would not run in 2022 and probably not even finish his term.  Some in the press expressed surprise when he finally announced last month that he wouldn’t seek reelection.  Those of us who have been paying attention were just waiting for him to speak.

Mr. Portman’s greatest asset was his anonymity.  Sure, he had a cameo in the first Trump impeachment as a co-chair of the bipartisan Ukrainian Caucus.  Of course, he failed to stand up and do his job at that time, but his feckless behavior was quickly lost in the historic moment of the trial.  It took the Washington Post’s Max Boot to note the damage that Portman, one of Trump’s most consistent enablers, has done to this country.

This second impeachment has put Rob Portman in a no win position.  His easy vote is to acquit the former president.  It doesn’t really matter what excuse he uses – jurisdiction, due process, a day ending with a “y” – he stays on the official Republican side and slinks back to the back bench.  But this vote, especially after more and more information comes out about Trump’s actions and inactions on January 6th become public, ties Portman to the Ted Cruz / Rand Paul / Ron Johnson part of the Republican Party.  Portman, who fashions himself as a “Country Club Republican” doesn’t want to be linked with Cruz.  But, a vote to convict would unleash the dogs of war at home.

Of equal importance to a longtime politician like Portman is how he will be remembered which will, in part, be determined by who replaces him.  A vote to convict will energize the Trump acolytes such as Josh Mandel and Jane Timken.  A vote to acquit will nationalize the race in 2022 and he will be used in countless television ads as the proverbial punching bag.  His solution, regardless of his vote, would be to retire early and allow Governor DeWine to appoint his replacement.  Governor DeWine could name a center-right replacement, someone strong enough to stand up to the Trumpers in a primary but not so extreme that the Democrats would be handed the seat.

It is 3:50 PM and the vote has been taken.  57 to 43 an insufficient number of Senators voted to convict.  It was no surprise that Portman voted to acquit.  He is now on short-time.