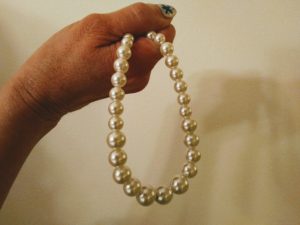 Editor’s Note – If you are easily offended, why are you still reading this blog?

Some of my friends are shocked, SHOCKED, that a newly elected Congresswoman from Michigan proclaimed at a rally, “We’re gonna impeach that motherfucker!”  Can you imagine anyone talking like that?  Oh, the pearl clutching.  It is as if the last eight years didn’t exist.  We all remember the guy who attacked a sitting president as foreign born, lied constantly about having a team of private investigators, called most Mexican immigrants rapist and murderers, and made countless other offensive comments.  The pussy-grabber in chief, the guy who referred to Congressman Adam Schiff as “little Adam Schitt”, was extolled by his followers as someone who fights political correctness and simply says what everyone is really thinking.  And now?  Now they are upset.  But is this really just an example of Rep. Rashida Tlaib (D-MI) engaging in “locker room talk”.  Isn’t she just saying what everyone is thinking?

I must admit that NO, I wasn’t thinking any of the horrific things Donald Trump said before and after he was elected president.  And, just as importantly, I don’t agree with Ms. Tlaib.  It is too late to put the genie back into the bottle.  Ms. Tlaib is simply a symptom of a time where decorum is not only not revered, but denigrated.  What we once considered as civilized is now thought to be a sign of weakness.  There are already two dozen Democrats contemplating a run in 2020.  The question hanging over every campaign is whether to take on Trump, dirt for dirt, or to attempt to rise above the fray.  Male or Female.  Candidates with real resumes, real experience, real talent, yet that is the question – “Can he/she handle the lies, the derogatory nicknames, and the degradation of a contest with Donald Trump?

The last ten years have been contentious and the next two won’t be any better.   It is only going to get worse first.  Will Trump be impeached?  I don’t know.  So much depends on Robert Mueller and his team.  It is possible that only the people, ALL OF THE PEOPLE, around Donald Trump stomped on campaign and tax laws and he was simply an innocent bystander.  But, shouting for impeachment now doesn’t help move us forward.  We lived through what can only be described as a failed bloodless coup in 1998.  We saw Republican Congressmen run to the cameras decrying the misbehavior of the then president in the day and then go back to their mistresses at night.  Impeachment, the reversal of an election, is serious business that needs to be conducted by serious people.  The people that saved us from Richard Nixon didn’t do a victory dance when he got onto that helicopter.  They breathed a sigh of relief.

There are going to be a lot of unfortunate remarks in the next few months. From both sides.  Leave your pearls in the jewelry case.  We have work to do.