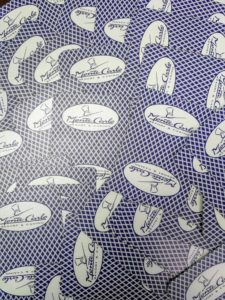 The entertainment team of the resort hosts activities throughout the day. It was 4 PM and time for Poker, a $20 buy-in, winner take all, Texas Hold ‘em tournament.  The last to join the table was a newlywed and his bride.  John (all names changed) was surprised when Bridget asked for $20 to play, too.  Jasmine of the entertainment team was dealing poker for the first time.  Her inept shuffling and flattering bikini were distracting, which was a problem since many of the guys at the table were easily distracted.  It was quickly apparent that this wasn’t Bridget’s first time at a poker table.  She ruthlessly dispensed with John and a couple of the guys who were more interested in Jasmine and alcohol than cards.  I’ve played poker with Sally.  I had been leery of Bridget from the start.  Rule One of Poker is that if you can’t find the sucker at the table, it’s you.  One by one Bridget and I knocked off the people who weren’t focused on the game.  She had scored early and often and was now playing big stack poker.  She bullied the table and pushed most of the guys out of the game.  And finally it was just the two of us.  She pushed and I let her.  She pushed and I let her.  And when she pushed again, too confident to play her cards or to know her opponent, I pushed back and won the tournament.

Donald Trump is a big stack poker player.  He has pushed around smaller players; contractors, employees, small-time local politicians, for years.  And when he has lost, which has been surprisingly often, he was bailed out by either his father or the bankruptcy courts.   Congress will not be pushed around so easily.  No one can bail him out.  The famous Trump negotiating style is to make his demands, loudly, and to watch his opponents cave.  Congress will not fold.  Congress will not be easily distracted.  For the last two years Donald Trump has had a Republican House and Senate.  Mitch McConnell got his judges.  Paul Ryan and Mitch got a budget busting tax cut for their donors.  What did Trump really get other than two years of profiteering at the expense of the American taxpayer?  That all ends next week.

There is an art to playing big stack poker. Bridget wasn’t an artist.  Neither is Donald Trump.