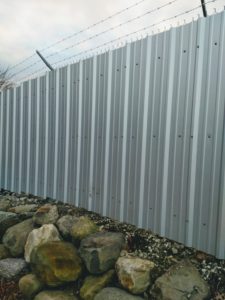 I hit the wall Thursday morning. I was standing in the shower, trying to will myself forward.  My focus was on my first appointment, a friend who needed to lock in his 2018 coverage but had procrastinated till nearly the last minute.  I had been overtired the previous night and woke up constantly convinced that I had failed to submit a time-sensitive Medicare Part D application.  Exhausted, I just stood there under the water hoping I could get through the day.  Then my knees buckled.  Lucky for me, the previous owner of my condo had installed grab bars in the shower.  I steadied myself.  And with the knowledge that I had now weathered the worst part of my day, I got ready for work.

That first appointment was unnecessarily challenging. I don’t know if he had always been a Republican or if his antipathy for President Obama had moved him in that direction and the corner he now found himself in – Trump apologist.  Regardless, he tried to deny that President Trump’s decision to eliminate the funding for the Cost Share Reduction was a major driver in this year’s premium increases.  I was much too tired to even feign patience.   My real surprise occurred when I went to my desk to get him a name he needed from my rolodex.  My friend walked over to my bookshelf and flipped over my new book of Obama pictures.  I saw this out of the corner of my eye, but said nothing.  Perhaps he felt guilty.  Perhaps he felt foolish.  Either way, he went back over and put the book back as it had been.  I don’t think he’ll need to be back until next December. 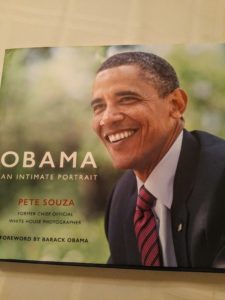 This year’s Open Enrollment has been very demanding. Compressing the <65 to forty-five days has strained our systems.  In truth, the government’s portal, healthcare.gov has functioned remarkably well.  Sure it crashes now and then, but this is its fifth year and it is much improved.  Our >65 markets run smoothly.  The biggest challenge often seems to be to get those impacted to focus on their needs sooner rather than later.  It is a shame that we have nearly two months to work with seniors, but are forced to work with the much larger segment of our populations in a much shorter period of time.

In the latest effort to steal a moment of our youth, an investment company has been utilizing snippets of one of my favorite songs from 1967. In case you’ve heard the commercial and tried to place the song, here is the full version.