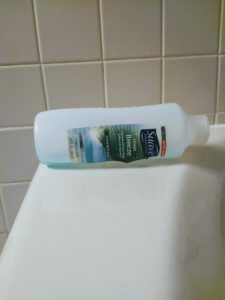 I was not expecting the questions. Last year’s health adventure had the side benefit of really interesting conversations.  Both friends and acquaintances wanted to know about my near death experience.  Several of my Christian friends wanted to know if I was given a glimpse of the Hereafter.  Did I see a bright light, the gates to Heaven, possibly You Know Who?  Others asked if I reflected on all of my regrets and what I could have done better in my life.

I treated all of these questions seriously, because they reflected the faith and fears of the people who asked them. I didn’t see a welcoming light or reruns of high school and I didn’t hover over the room.  I firmly believe that we don’t change as we get older, we just stop hiding who we really are.  Me?  I am an analytical, Point A to Point B kind of guy.  Only one thought occurred to me as I was lying in that room listening to the doctors failing to stop my bleeding and control my vitals. “These guys have a real problem.  How can I help them?’

My questioners were uniformly disappointed.

I was in the hospital for a week and at home for ten days before I got behind the wheel. My first drive was to the store.  I was like a sixteen year old looking for any excuse to take a ride.  I needed some shampoo.  It didn’t matter.  I was just thrilled to have the keys in my hand.

My daughter wanted to know how I would commemorate the one year anniversary of my surgeries. Jen was anticipating a blog post on April 13th.  I told her that I had a more meaningful milepost in mind.

Giant Eagle carried two sizes of the shampoo. The large size, 30 ounces, was a good deal, even better when it was on sale as it was that day.  Last May I stood there in the aisle and hesitated.  I knew it was just another dollar, but looking at that bottle I wondered if it was a waste of money.  That was a lot of shampoo, a lifetime supply.  Perhaps someone like me should buy a smaller bottle.  In the end I took a leap of faith.

I bought a new bottle of shampoo yesterday. 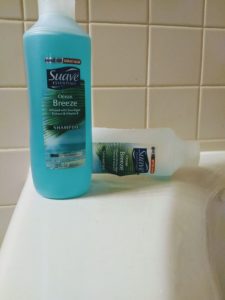 1 thought on “Leap Of Faith”