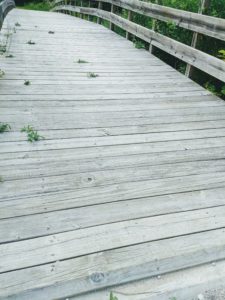 With a terrible cry the Balrog fell forward, and its shadow plunged down and vanished. But even as it fell it swung its whip, and the thongs lashed and curled around the wizard’s knees, dragging him to the brink.  Gandalf staggered, and fell, gasping vainly at the stone, and slid into the abyss. “Fly, you fools!” he cried, and was gone.

Paulina (name changed) may have been born here in the US, but culturally her first 18 years were spent in the tiny Eastern European village her parents fled in the mid-1950’s. Her neighbors all came from the same villages, went to the same church, and sent their children to the same parochial school.  Paulina was married prior to turning 19.  Her husband, Alex, was a few years older and from the same neighborhood.  This is what good girls did.   And Paulina was a good girl.

It was not long after Paulina gave birth to her son, right around her 21st birthday, that she finally confided to her mother how desperately unhappy she was.  Alex may have been doing OK financially, but he was a terrible husband.  He was mean.  Bossy.  Abusive.  Her mother looked at her as if all of this was expected and understood and told her daughter that none of that mattered.  Paulina’s responsibility was to her child and to her husband.  Her child needed a mother and a father.  Her husband needed a wife.  Paulina’s needs weren’t relevant.  That was the last time she discussed anything with her mother.

It took almost five years for Paulina to get up the courage to seek the advice of her priest.   She met privately with the senior priest of her church and told him of her pain.  And when she finished he looked at her and asked one question.  “Why is it that you have only one child?”

Five years. Courage came to Paulina in five year cycles.  Paulina confronted Alex on her thirtieth birthday.  She threatened to leave.  He promised to be a better husband.  She quickly forgave.  He quickly regressed.

Alex and Paulina had a clear division of labor in their household. Alex’s job was to give the orders.  Paulina’s job was to follow the orders and, when possible, anticipate his every wish and whim in advance.

The fight at thirty-five lasted a whole day. Paulina managed to not talk to Alex for a whole week sometime near Christmas 2007.  Paulina was ready to move on, start over, be free.  She and the kids.  No Alex.  It would take years to build up to the moment.  She would wage her best battle.  But Alex knew how to drag her back in.

We all have fought the Balrog. We have struggled to escape the spouse, job, parent, sibling, or even city and just when we think we’ve done it, we feel that whip wrap around our knees and drag us back into the abyss.  But the solution isn’t to give up.  The solution is to never accept that we are held captive by our personal Balrog.

Gandalf the Grey reappears later in the Lord of the Rings as Gandalf the White.

Paulina, now a little over 50, has an attorney. The court date is in mid-August.