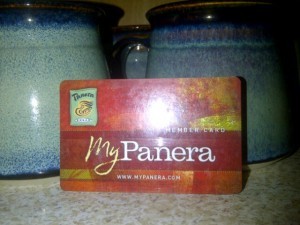 Regular readers know that I aggressively pursue moderation. Politics?  I am a centrist Democrat, have been since high school.  I have, however, friends up and down the political spectrum.  Religion?  Jewish.  Happily, intentionally, Jewish.  And I have friends who are ritualistically more observant than me and plenty of friends who define themselves as culturally or socially Jewish.

My needle is stuck in the middle.

I met Roger (name changed) for coffee last week. He chose Panera, the essence of moderation.  Roger would hate for anyone to mistake him for a moderate anything.

Roger is a well-educated young man. He and his wife have a house full of children out in the suburbs.  He is politically to the right of almost everyone choosing to have coffee with me.  And his faith, proudly worn on his sleeve, is a Jesus-focused Christianity.

We danced around politics and healthcare for a while, but all along I could tell that there was something else on his mind. Finally he asked if I was open to a personal question.  Me?  The Prince of Transparency?  Sure.  He wanted to know my thoughts about Jesus.

To his shock and amazement, I wanted to know his thoughts about Mohammed. I predicted that he doesn’t spend any time contemplating the Koran and Islam.  And I spend just as much time on the New Testament and the various forms of Christianity.  Again and again he returned to the story of the Resurrection and asked me to determine whether it was fact or a hoax, as if those extremes were the only choices.  And more importantly, as if I really cared.

My friend Heidi is an atheist. She doesn’t care what you believe as long as you don’t try to impose your faith on anyone else.  From her perspective and mine, Bill Maher and the Jehovah Witnesses have more in common than either have with us.   Proselytizing is proselytizing. Roger wasn’t recruiting.  He was just unprepared for someone failing to embrace his “Truth”.

2 thoughts on “Coffee With Roger”