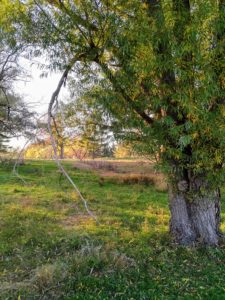 Unlike Rudy Giuliani, I will not spend any time pretending to be a competent attorney.  In fact, I’m not an attorney, at all.  I won’t bore you with my analysis as to whether or not Trump should or shouldn’t respond to a subpoena to testify before a grand jury in the Russian investigation or fight a deposition from Stormy Daniels’ attorney.  The nightly news/entertainment shows on FOX, CNN, and MSNBC have that covered.

I do, however, have a theory that I’d like to share.  A lot has been made of the raid of Michael Cohen’s office.  Even though Cohen has numerous business ventures, his main gig appears to be serving as Donald Trump’s attorney.  Getting a search warrant for an attorney’s office takes a lot of effort.  A search warrant for the president’s attorney – positively herculean.

Attorney Giuliani has been trying to state that Attorney Cohen’s payment of $130,000 to Stormy Daniels was not a campaign financing law violation.  Rudy says that this is normal, this concept of rich guys having their lawyers pay off mistresses and one night stands.  Rudy wants us to ignore the timing, days before the election.  Rudy also insists that Donald Trump reimbursed Cohen, who took out a home equity loan on his in-laws’ house to pay Ms. Daniels.  This was routine business and there may be other women and hundreds of thousands of dollars involved.  Nothing to see here.  Mr. Cohen was just paid his usual retainer.

My question: Was Mr. Cohen’s retainer, the one that included the various pay-offs for Mr. Trump’s sexual escapades, deducted as a normal business expense?  If so, by who?  Did we, the American taxpayer, help fund Trump’s indiscretions?  Forget about minor campaign finance law violations. Let’s talk about Tax Fraud.

Investigators are currently sifting through thousands of pages of business records, emails, and an oddly large collection of cellphones from Mr. Cohen’s home and office.  Scarface, Al Capone, was convicted and sent to federal prison for tax evasion.  My guess is that Mr. Cohen and Mr. Trump are painfully aware of the power of the taxman.