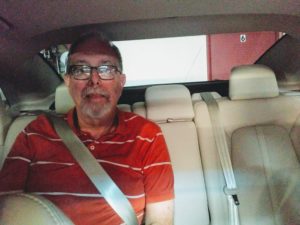 The eight year old in your back seat has only one question. It is a two hour ride, including an hour on the turnpike, and you are only fifteen minutes from home, and he wants to know, “Are we there yet?”  It takes all of your patience, self-control, and parental love to simply say, “Not yet.”  You will be tested a dozen times before you deliver him to Grandma.

It is really hard, sitting in the back seat, to be patient. The child knows the final destination, but has no control of how he is getting there nor a real sense of the time or direction.

In 2010 the American public was popped into a back seat, buckled up, and taken on a journey. We were told that we were heading towards a great place, universally accessible affordable health care.  WOW.  We were pretty excited.  And for eight years we have been asking, “Are we there yet?”  There were two people in the front seats during the first six years of our trip.  One kept saying, “Not yet” while the other constantly threatened to turn the car around and take us back home.

It is now the end of July 2018. We switched drivers eighteen months ago.  The people in the front seats seem to spend their time arguing whether to go back home or just park the car, in the middle of the freeway, and take a break.  And the American public?  We’re still in the back seat asking, “Are we there yet?”

Picture – Strapped in and ready to go