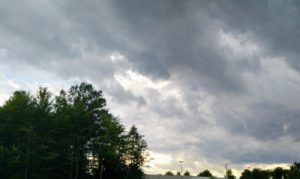 I could hear my humidor calling me from across the room. Thank G-d I can’t smoke in my office.  I’d be up to five cigars a day.  But I could hear it calling me, a short CAO Mx2, and I decided to heed the call.  Just a half hour, just a short walk before the rain to clear my head.

I have noticed a trend in my posts of late. The Health Insurance Issues With Dave posts reflect anger, my agitation at having my clients and my industry under attack with no concern with the damage he might / is doing to health insurance, the way most Americans access and pay for health care.  I revisited posts from late 2009 and early 2010 when there were Democrats in Congress who actually wanted to eliminate my occupation.  No anger, just resolve.  Now?  Now I feel like we, all of us, are under siege.  It can’t be just the difference between a D and an R after someone’s name in Washington.

And the last few posts on Again? Really? are about escaping, even if just for a few minutes, from the ongoing chaos. So the question is whether this is just me or are we, as a nation, embroiled in something different, something we haven’t seen in about 5 decades?

I was born in 1955 and my formative years were the 60’s. I feel a wave washing over us.  But from here, a quiet office in Mayfield Village Ohio, that wave feels like the polluted waters of a dying sea.  The 60’s were about change.  There was a pervasive feeling of hope, peace and equality that were both positive and unrealistic.  There was even an underlying self-awareness and sense of irony that helped keep many people (but not everyone) from taking themselves too seriously.  Did my friends believe that they could change the world by growing their hair long hair and putting a peace patch on their jeans?  Of course not.  But we were all, in our own little ways, trying to make things better.

That is not the change we are seeing today. There are people in power who are trying to normalize Stormtroopers in khakis and the separation of parents from their children.  It is as if we have forgotten how hated the Irish, the Italians, the Japanese, and yes, the Jews, were and how we had to fight for our place in this country.  I find the politics of resentment, this desire to scapegoat others so odd when it is exhibited by those who would have been hated and/or bared from the US just a few generations ago.

Facebook is filled with fear. I can count on one FB friend (a longtime client) for a constant stream of posts from Donald Trump for President 2020, USA Patriots for Donald Trump, Trump For America and any number of Russian bots every time his guy has a bad day.  The worse the news, the more direct the attacks on Democrats, the press, and especially, Black women such as Whoopi Goldberg and Maxine Waters.  Today’s post is a particularly disgusting one featuring Congresswoman Waters.  But this all screams fear.  And to be honest, I’m not really crazy about this guy, and others like him, feeling cornered in their homes, fondling their guns, wondering how to defend themselves from liberals, gays, and the very real possibility that 1950’s America is never coming back.  By the way, the fondling of the gun line is real.  Not only does this guy glorify guns in countless posts, but I was in his home years ago as he was cleaning one of his guns.  I never returned.

So where are we? There are those amongst us who view the current darkness, this moment of   nativism and vitriol as a passing fad, one, like the shower outside my window, will pass without doing any lasting damage.  I’m not so sure.  So much hate.  So much fear.  So many guns.  And, a man in Washington without any scruples who is willing to do anything to further his perception of what is in his own best interests.  I think, especially after the last few weeks, that we have a right to be concerned.

It was a short cigar. It lasted just a bit over 30 minutes, just until the rain started to fall.