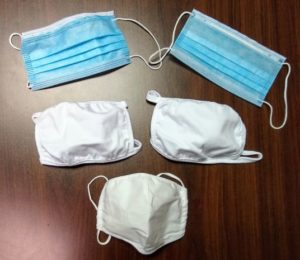 The year that you thought would never end has finally drawn its last breath.  Good bye 2020.  There are some who will say that 2020 won’t officially end until January 20, 2021 at noon.  Others will mark the end of 2020 as they receive their vaccination.  This post is about my quadrennial contest, 2020 Hindsight – Calling All Geniuses.

The next contest will have one more question, “What will be the big story of 2024?”  Without that question, no one had the opportunity to predict COVID 19 and the ensuing havoc.  And who among us could have predicted an hour long whiny, bullying phone call to the Secretary of State of Georgia?   Instead twenty brave souls joined me in guessing the outcomes of last year’s major competitions. Twenty!   You could find more “experts” in just a few minutes on Facebook or Linked In.

Most of the participants had Donald Trump still the President on December 30th.  Half of the contestants had Joe Biden as the Democratic nominee.  Six of them also had Biden winning in November.  I did have one entry that had Biden as the nominee but Sanders the winner.  She was hedging her bet.  Almost everyone predicted that there would be nine Supreme Court Justices, though many people have already forgotten that it could have been eight.

It is important to note that one person, Dr. Greg of Wisconsin, correctly predicted the results of the first three contests and the Supreme Court on his way to winning the competition with FIVE correct answers.  He and Angela of Lake County, correctly named Parasite as the Academy Award Winner for Best Picture.

A testament to the unpredictability of the NFL, none of us guessed the winner of the Super Bowl (Kansas City).  Eight was a popular number, but only “Cantor Lenny” and second place winner, Irene the Librarian had the Browns winning 10 games.

I published my answers back in January.  My Supreme Court answer was correct, again, but that was it this time.  I promise to do better next time.  I hope that those who played (whether or not you submitted an entry) had fun and that more of you will consider participating three years from now.

As for the tie breaker, who was that decent model citizen who was transformed by lust and thirst?  Most of us know him as that Skinny Little Boy from Cleveland Ohio, Alex Bevan.