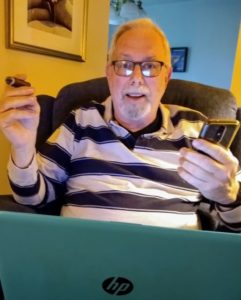 The client called my office while I was on vacation.  He left a message that he wanted to verify that he was “getting all of the Medicare benefits he was entitled to”. (Yes, he used the words from the awful TV commercials that feature washed up sports figures and aged television personalities.)  If everything was OK, I didn’t need to return his call.  I called Don (name changed) my first day back.  I reminded him of what he has and why.  He thanked me and let me know that the commercials, the phone calls, and all the crap he gets in the mail was driving him crazy.  I told him that I understood.   I also explained why I had to call him.  If I didn’t, he wouldn’t know if he was OK, or whether or not I got his message, or worse, if I had chosen to ignore him.

I would never want someone to think that I wasn’t paying attention, because I hate to be ignored.

The Cleveland Clinic and University Hospital both have online systems for the patients to access their medical records and for communication.  They pride themselves in their ability to connect their doctors with their patients.  And this would be great, if the doctors read their emails and responded to questions and concerns.  The jury is still out for me.  Two different doctors have failed to respond to me.  I don’t know if they simply don’t read their emails or if they have chosen to ignore my questions.  If I was too busy to check my emails I would delegate this task to one of my employees.  Otherwise why have the tool if you can not or will not use it?

I hate to be ignored.  What is important to you?

1 thought on “What’s Important To You?”