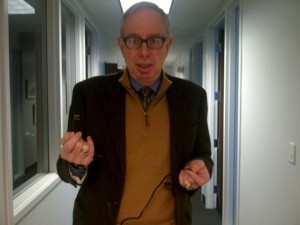 To every season Turn, Turn Turn…

Relationships, born of hope and faith, flourish, thrive, and sometimes seem to live forever.  But many such connections have a very specific beginning, middle, and, ultimately, an ending.  Such is my relationship with my Blackberry.  The end is near.

I was walking around the Freedom Tower in New York City.  I took a picture or two with my phone and set off to see the Memorial.  It is breathtaking.  Subtle.  Dramatic.  Tasteful.  I’d share a picture with you had my Blackberry not failed.  Even though it had been on the charger overnight, two pictures zapped the battery and I was stuck with an expensive paper weight in my pocket. 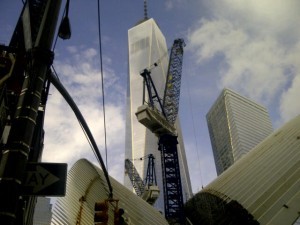 I had not brought a charger with me.  I began walking up Broadway.  There had to be a T-Mobile store where I could get my phone resurrected.  I had plenty of time.  Dinner was more than six hours and 55 blocks away.  We are so used to being accessible that I found this experience of being disconnected disconcerting.  I couldn’t contact my office.  I was alone in the City and I couldn’t find a T-Mobile.

I wandered into a Verizon store in SOHO.  I detailed my predicament to one of the employees who explained why they couldn’t help.  They weren’t allowed to risk someone claiming that their phone became damaged by the store’s equipment.  Then with a wink she directed me to a display where I could disconnect a speaker and charge my phone.  None of my readers will be surprised to learn that I disconnected the wrong plug and set off the store’s alarm.  The store’s manager quickly assessed the situation and decided to offer assistance.  It took 40 minutes to get the phone sufficiently charged.  I left Verizon in 2006 after a minor service issue.  My current contract ends in February.  I will take a serious look at Verizon this next time around.  If I lived in New York, I know where I’d go for my next phone and contract.

I bumped into a T-Mobile store about an hour later.  The employees had no interest in helping me, but they were the exception.  My trip to New York, like all such trips, was marked by witnessing people at their best and meeting interesting characters.

I was sitting on a bench at the entrance to Central Park enjoying an excellent cigar.  Ten feet away from me was a guy, on blocks, dressed as the Statue of Liberty.  All green.  Green face point.  Plastic torch.  He stood there, his tip box by his feet, and waited for tourists and children.  Lots of people took his picture.  Some posed for pictures with him.  He mugged for the cameras and put his arms around a gaggle of Japanese tourists.  The children were captivated by him.  I wish that I could have taken pictures of the little kids who squealed with delight when they first focused on him in the dim early dusk.  The Statue-guy was incredibly patient and generous, even when the tips weren’t forthcoming.  I finished my cigar, put some money in his box, and said, “Nice job with the kids”.   He smiled and waved as I walked away.

The flight home was on Southwest.  There were no assigned seats.  We were advised that it was a sold-out flight.  I boarded the plane in search of an aisle seat.  Half way back was a young African-American woman seated by the window.  The other two seats were empty.  She was wearing a surgical mask.  I verified that the aisle seat was empty and sat down.  No one ever sat between us.  We introduced ourselves once the plane achieved cruising altitude.  We celebrated the extra room.  She laughed at the fear some must have had of catching Ebola or some other dread disease had they sat in our middle seat.  In truth, she was the one at risk.  She was on her second liver.  We had a lovely conversation and my common sense was rewarded by the opportunity to meet an interesting person.

I believe that it was Sigmund Freud who once observed that sometimes a cigar is just a cigar.