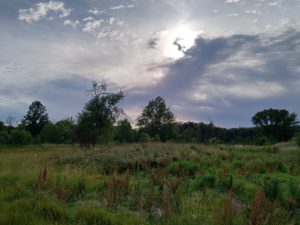 Sunrise, sunset. Another day has come and gone laying waste to the conceit of Repeal and Replace.  There has never been an alternative plan to provide access and payment for healthcare.  There was no other option for the Patient Protection and Affordable Care Act (Obamacare).  It is now apparent that the only unifying Republican ideology was their hatred for Obama.  For seven plus years the Republicans in the House, Senate, Statehouses, and most importantly, on TV, have cynically stoked the twin fires of ignorance and resentment.  And now they are forced to stop fanning the flames and search for a solution.  They are failing.

A large part of the problem is that their base believed them. I was amazed how many of my staunchest Republicans saved money because of the PPACA.  There was the unsuccessful professional with a passel of kids who, thanks to the Medicaid expansion, was finally able to afford healthcare for the entire family.  There was the self-employed businessman who has saved over $1,000 per month since January 2014 when I was able to give him a policy that didn’t ask any health questions.  But these and others continue to this very day cursing our previous president and the healthcare plan that bears his name.  Why?  I’ll leave that for you to decide.

We are being told that Mitch McConnell and Company may still deliver a bill tomorrow even while his medical providers back home in Kentucky beg him to reconsider. I honestly had a higher opinion of the Leader of the Senate’s legislative skills.  I thought that he was holding his compromise, 50 vote special, in his back pocket.  But I was wrong.  He, like President Trump, are more interested in making a deal than they are in guaranteeing that Americans can access and pay for the healthcare they need.  And any deal, anything that removes the name Obama from our system, would be a win for them.  That appears to be all that matters.

The negotiations are happening right now, not in committee meetings, certainly not in public hearings, but behind locked doors. Will a couple of billion more for opioid addiction bring along Portman (OH) and Capito (WV)? We know that Rand Paul’s (KY) constituency desperately needs the Medicaid expansion.  Can it be retained a little longer in a way that he can save face and vote for the bill?  And what about Heller (NV)?  Will an apology from Trump be enough?  Any combination of fifty Republican Senators will do.  And then Vice-president Pence will cast the deciding vote on how we structure, or more accurately deconstruct, nearly 20% of our economy.