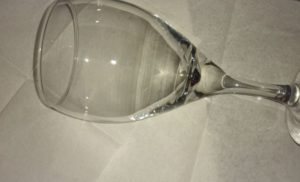 Tradition!  I am a sucker for tradition.  The inauguration looked a lot like previous inaugurations, if you kept your eyes on the speakers and ignored their masks.  The young and talented Poet Laureate, Amanda Gorman, spoke last and the ceremony moved to the Rotunda.  There President Biden and Vice-president Harris were each presented with special Lennox crystal vases created for the event.  It occurred to me that I should create a special “Go Fund Me”. Perhaps, if we raised enough money, we could buy special Lennox punchbowls for Josh Hawley and Ted Cruz to encourage them to just go away.

After four tumultuous years, I long for radical normalcy.  Daily press briefings, the usual give and take of Congress, even the absence of government pronouncements through Twitter, seem familiar and comforting.  I heard MINORITY Leader McConnell on TV this morning.  He was employing his Foghorn Leghorn voice as he implored Majority Leader Schumer to do what he would never do while in control.  It was as if the last six years had never taken place and, in a strange sort of way, just another reminder of how are system of government works.  Now, if we can only restore our mail service to the way it once was…

It was the night before their inauguration.  Soon-to-be President Biden, VP-elect Harris, and their spouses held a dignified memorial for the four hundred thousand Americans lost to the coronavirus.  They spoke briefly.  The entire event was about the dead, not them.  And then they turned around and watched four hundred lights, one for each thousand, illuminated the Reflecting Pool.  It was beautiful.  It was subtle.  I turned to Sally and said, “He broke the glass!”  Here, in what should be one of the happiest days of his life, Joe Biden stopped and remembered.  I could not have been prouder to be an American than I was at that moment.