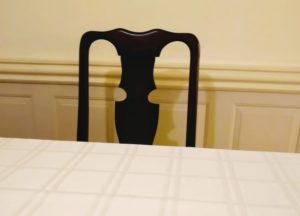 My mother, Gerna Cunix, passed away on August 25, 2020.   One of my friends, a guy who is still mourning the loss of his mother, told me that I was now a fellow orphan.   Orphan.  The term seemed odd to my 65 year old ears.  And then I remembered my mother, at the time in her mid-thirties, learning of the death of her mother and screaming, “I am now an orphan!”

My friend was very close to his mother, far closer than I was with mine or my mother was with hers.  The relationship with one’s last surviving parent seems to be only one of the factors involved in the loss felt by his or her death.  In talking with clients I have found some people are forced to address their own mortality while others find it disconcerting to suddenly be the oldest living members of their family.  Death is the great equalizer.  It awaits all of us.  The death of a parent is the reminder we can’t ignore.

I have frequently thought about my mother this summer as I’ve watched our country suffer through so many areas of conflict and failure.  We watched the news together most evenings when I was a child.  And I also remember that my parents and I agreed on very little during my teenage years.  My mother’s final dig would be that it was possible to love someone, but not like him.  Though initially surprised, I quickly embraced this concept.  I found it oddly liberating.  It made complete sense to me this idea that one could separate the emotional depth of Love from the intellectual assessment of Like.

We are quickly approaching our next election.  There are forces that would like you to sit this one out.  There are people who want you to believe that all public servants are just politicians out to serve their narrow personal interests.  And there are those who would want you to believe governments can’t get anything done and can’t help solve our problems.  But we know better.  Our vote is one of our most precious possessions.  Don’t throw it away.  Casting your vote is your responsibility.  Understanding that there are good people in the police department, the fire department, pushing paper at your local city hall, watching out for all taxpayers at the IRS, and serving overseas in our armed forces acknowledges the basic humanity of our fellow citizens that may be constrained by systems that don’t support their values.  Some of our government workers could make more money in private enterprise but have chosen public service.  We have an opportunity to respect all of these positions, not just the ones that are fashionable or politically advantageous.  And so we must vote this year as if democracy, itself, is on the ballot.

We cannot let Uncle Sam die.  We cannot create that many orphans.

Picture – An Empty Seat At The Table – David L Cunix