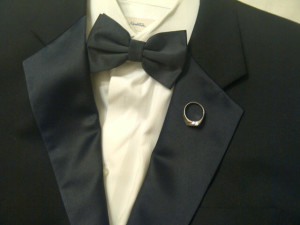 Let’s get this out of the way.  Who is qualified to discuss marriage?  Is it someone like me who has tripped down the aisle numerous times?  Do we seek input from people who have never been married due to religious commitments or because they have yet to find suitable mates?  Are we waiting to hear from those who are married but rue the day they met their mates?  Or are the only experts, the only people with standing, those couples who met in their youth and now have decades of wedded bliss with nary a disagreement?

The answer is all of the above, even those who’ve never married, since we have all had the opportunity to participate and observe the institution of marriage.

Marriage, legal and religious, means different things to different people.  Don’t assume that your definition or mine would be universally accepted.

I have a number of Pastors, Rabbis, and Ministers for clients.  Many are self-employed and I take care of their health insurance.  One of the perks of my job is attending the weddings of their children.  These weddings are officiated by my clients, the father of the bride or groom.

One of those couples visited my office a month or two after the ceremony to discuss their health policy.  As we were doing the paperwork I suddenly realized that they might, or might not, be legally married.   The religious part had been beautifully performed, but neither the bride nor groom knew whether the civil paperwork had been filed.  A quick phone call verified that they were legally married, too.  They hadn’t given it any thought until that moment.  And they probably won’t think about it again until they file their taxes.

Legal marriage was an afterthought.

Two neighbor ladies were scandalized.  They were discussing a recent mixed marriage.  I was a young child, invisible, as they went on and on about the couple who defied G-d and convention by going to downtown Columbus to get married.  Their sin?  One was Catholic and the other Lutheran.  I didn’t understand.  From my perspective Christian was Christian.  It would be years before I truly grasped the difference between the various sects of Christianity.  The ladies, and more importantly the couple, completely understood those differences.

They could be married legally, but not in the eyes of their churches.

I’m sure that we can think of countless couples who can be married only one way or another.  Gender-neutral marriage is just another potential union that may only satisfy one of the two authorities.  Two authorities- Church and State.

Marriage has the possibility of serving two masters.  Religions are free to enforce their rules to determine who may or may not marry.  Satisfying those requirements assure standing within a particular community.  Governments are also free to establish who or who may not marry.  Satisfying those legal requirements allow the couple legal standing within the community at-large with rights that can not be met any other way.

This is not to minimize religion, but religion is not universal.  Some of us are Catholic, some Jewish.  Some of us are Muslim, some Baptist.  And a surprising number of us are atheists, agnostics, or unsure.  But we are all American.  And American trumps all.  The Supreme Court decision doesn’t make gender-neutral marriage OK with a church or synagogue.  This decision affirms what is legal.

Your church is free to decide whether a couple – man/man, woman/woman, or even Baptist/atheist – is bound for eternal damnation.  That is your choice and the couple might even care about your thoughts on the matter.  But it is up to the government to protect the rights of its citizens.  And those property rights, those rights of next of kin, and those rights to be recognized as THE Partner, belong to the government.

Friday affirmed reality.  Not my reality.  A national reality.  Though I won’t ever be a groom at a Catholic, a gender-neutral, or even a Buddhist wedding, I respect them all.  And I’ve got a tux.  I’m looking forward to your invitation.