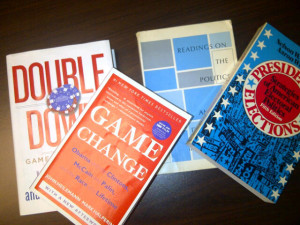 It was the spring of 2003 and our country was rushing to war. Our elected leaders, such as our Vice-President, Dick Cheney, were anxious to invade Iraq. The Sunday morning talk shows had Mr. Cheney, Secretary of Defense Donald Rumsfeld and Secretary of State Colin Powell explain why we had to invade Iraq. The key was Iraqi development of Weapons of Mass Destruction (WMD). The British and other allies were ready to invade. The French weren’t. The French had doubts about WMD and whether this particular fight at this particular time made sense. Incensed, Mr. Cheney’s Republican allies in the U. S. House of Representatives pushed through a meaningful bill. Under the leadership of Bob Ney (R-OH), French fries were renamed Freedom fries in the three House office building cafeterias.

Freedom fries were a nice touch. It made the easily self-righteous on one side feel like they had taken a meaningful stand. Of course, the other side simply snickered and viewed this as further proof that they occupied the intellectual high ground. I remember telling Jeff, my business partner, how much I envied the certainty of both sides. The anti-war protestors KNEW that this invasion was a foolish waste of lives and treasure. Cheney, et al, KNEW that the Iraqis would welcome us with open arms as we rid the world of the danger of Saddam Hussein and his weapons of mass destruction. I didn’t have the luxury of certainty. The invasion and the elimination of Iran’s natural enemy didn’t make sense to me, but I didn’t have access to the information Cheney, Powell, and Rumsfeld received.

Try that. No one will hear you. Say it out loud. I DON’T KNOW.

We all seem to have an opinion on every issue, as if we know. But we don’t know. There are a few areas where each of us actually do know, where we are expert, but they are few and far between. And in our current political climate we choose sides based on our predetermined alliances with little regard to actual facts.

It is easy to ignore most of the “experts” and elected officials on this issue. We all know who was going to endorse the deal sight unseen and who was going to vilify it. And we also know that if the President were a Republican the endorsers and critics would be just as vociferous, just reversed. They just aren’t credible anymore. And me, I DON’T KNOW.

I wasn’t always this cynical. It took the Patient Protection and Affordable Care Act to get me to this point. Let’s be clear, much of the official Republican opposition is total BS. Huge portions of the law are directly descended from Republican proposals. And various Republican leaders from Newt Gingrich to Mitt Romney would have supported a Republican president (preferably them) pushing through this law. The leadership gets this. Obamacare is simply a rallying point and a fundraising bonanza. But the base isn’t in on the joke.

But this is my area. So when I read the proposals from Congressman Paul Ryan, or Senator Orrin Hatch, or the latest fluff from Governor Scott Walker, I know what I’m looking at. Since Representative Marcia Fudge’s office told me that she was still undecided while she was trying to stage a press conference announcing her support of the PPACA, I’m not going to wonder about her future positions on the issues. Their votes, yeah or nay, are already counted. I can use this as a litmus test. If a politician persists in bullshitting and grandstanding on healthcare, why should I believe that they can be trusted on other issues?

So when presidential candidate Dr. Ben Carson states that Obamacare is the worst thing that has happened to this country since slavery, I tune out quickly. There is a reasonable limit to the cynical exploitation of the ignorant.

We enter the political season with our eyes wide open. If your Facebook posts are cluttered with negative, over-the-top references to the Obamas and this week’s unflattering Hillary picture, don’t be surprised if you don’t convert anyone to your particular politics. You’ve already borrowed the pictures from the people who agree with you and have been dismissed by those who don’t. If you are still describing Dick Cheney as Darth Vader and quote from memory Molly Ivins’ book Shrub, then you need to remember what John Lennon said on the subject.

Our country faces some serious issues and finding the right team to lead us is going to be quite a challenge. The answer on Iran. I DON’T KNOW. The questions as to who should be our next president? I REALLY DON’T KNOW.