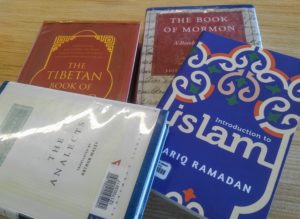 Is tolerance a good thing? Some people believe that the answer is YES. There are even organizations dedicated to the promotion of tolerance. I have been asked to join Americans for Peace and Tolerance and similar groups. I have always declined.

The Merriam-Webster definition of tolerance:
a: sympathy or indulgence for beliefs or practices differing from or conflicting with one’s own
b : the act of allowing something : toleration

My issue with tolerance is that it too often refers to people, not ideas. Tolerance is something someone does for someone else. We judge that the other person is less than us – less smart, less moral, less successful – but we tolerate them. The starting point of tolerating someone is acknowledging that we are superior. I believe that we may/can tolerate a person’s actions, but not people. We should accept people and understand that we are equal even if they may have different beliefs, religions, or politics.

I saw a post on Facebook recently. It was from a friend who often shares posts from questionable sources. He is my friend. I accept him and our considerable differences without judgement. I ignore most of his political posts since they reflect views that are very different than mine. When he recycles memes that have already been debunked, often annually, I let him know in a private message so that I don’t publicly embarrass him. I accept him / I tolerate his posts. We disagree on both politics and religion. My ideas and beliefs are correct to the best of my knowledge, but that doesn’t make me superior to him or his.

My friend’s post was a quote about tolerance from D. James Kennedy.

Tolerance is the last virtue of a depraved society. When you have an immoral society that has blatantly, proudly, violated all of the commandments of God, there is one last virtue they insist upon: tolerance for their immorality.

The quote appeared in AZ Quotes in the funny quotes section. I find nothing amusing about this judgmental balderdash. You may recall that Kennedy (1930-2007) and his Coral Ridge Ministries were early leaders in the Moral Majority and organizations that attempted to force the US into becoming a Christian country. Kennedy was behind the notorious documentary that linked Hitler and the Holocaust to evolution.

I vehemently disagree with the tone of my friend’s post. Hell, I barely tolerated it. But I don’t tolerate my friend. I accept him.