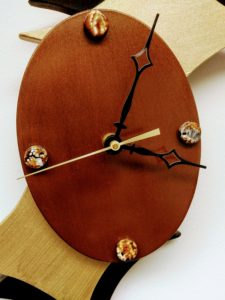 Pres. Jr. now on the board of American Widget. Super Innovative. Boeing should pay attention. @realPresidentTrump

The morning shows dutifully reported President Trump’s latest Tweet a few hours later. They did this daily.  The usual lawyers, pundits, and good government types bemoaned the obvious conflicts of interest.  Speaker of the House Ryan issued a terse, “No Comment”.  Senator McConnell just laughed as he walked past the press pool.  The markets didn’t move.  American Widget’s stock went up the week before when it had been announced that Donald Trump Jr. had been appointed to the board.  This morning’s Tweet had been anticipated.  A Boeing spokesperson announced that the company would be meeting with American Widget within the next week.  “Promise!”

Jerold’s new catering company, Kushner Katering- HUGE! All of the embassies of our TRUE Friends love him. @realPresidentTrump

The repetitive nature of the reporting and the banality of the heavy-handed self-dealing became nothing more than background noise. All visiting dignitaries stayed at the Washington Trump Hotel.  Attendees at White House dinners all seemed to wear Ivanka’s jewelry, many purchasing the pieces directly from her.  It is all transparent.  It is all out in the open.  We have surrendered the public good for a very, very limited private good.

Oh yes, I am tired of winning.

We were told that the Trump presidency would operate in this fashion. The Democrats warned us prior to the election.  The Republicans celebrated it after.  Sean Spicer, the National Spokesman for the Republican National Party, noted in early December that Trump would be the very model of transparency.

And that is my problem. I keep thinking that it is 2017, and it isn’t.  We are living in New York City.  The year is 1905 and we are under the thumb of Tammany Hall.  Sean Spicer was providing the up to date definition of Honest Graft.  Donald Trump is the ultimate George Washington Plunkitt.  Welcome to the Trump Kleptocracy.

There was talk prior to the election that Trump admired Putin. Who knew that it was Putin’s ability to enrich himself at his people’s expense that Trump envied?