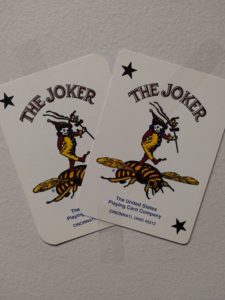 1968.  It was in Chicago, at the chaotic Democratic Party’s convention, that Vice-president Hubert H. Humphrey won his party’s nomination. It was in Miami, at the Republican convention, that former Vice-president Richard M. Nixon was nominated to be president of the United States. And it was in Montgomery, Alabama’s capital, that Governor George C. Wallace nominated himself.  Three men, all wanting to be president.  All willing to do anything to be president.  Humphrey came out and said that Nixon and Wallace were incompetent.  Then Nixon announced that Humphrey and Wallace were incompetent.  And Wallace shouted through his bullhorn that Nixon and Humphrey were incompetent.  And for the first time in all three men’s political careers, they had told the truth.

From The Legend of Ma Cohen

It is only July 8, 2016. The election is four months away and I already have Clinton fatigue.  I’m so tired and Hillary Clinton is still a candidate.  What is it going to be like if she is elected?

This is an excerpt from my December 1993 annual letter to my clients:

“1993 was the first year of the Clinton Crisis Administration. Every issue, the budget, NAFTA, etc…, will supposedly make or break the presidency.  So far he has won each fight, so thank G-d, the United States continues.  But, either these people like to walk on the edge of cliffs or someone is crying wolf.”

What followed was seven years of stress and prosperity. And after a government shut-down and it seemed that things couldn’t get worse, we experienced an attempted bloodless coup masked as impeachment.  There were no angels in that debacle.  Our innocence the only victim.

Yesterday I listened to FBI Director James Comey testify before Congress. I could have written the script.  It was all so predictable.  The Republican Congressmen, outraged that a Clinton had AGAIN escaped their clutches, asked highly political questions of a witness in hopes of eliciting a soundbite for a future campaign commercial.  The witness swatted away the questions.  FOX and MSNBC cherry-pick the video and replay, ad nauseam, portions that prove that their side carried the day.

But why was Director Comey there? Because Secretary of State Hillary Clinton had, again, explored the lines dividing legal and illegal, right and wrong.  This problem is entirely self-inflicted.

And Trump? Seriously?  I wonder how many of my Republican friends would be voting for The Donald if he was running as a Democrat.  My guess is none.  I watched him speak at a rally in Cincinnati Wednesday evening.  He spent an hour spreading his invective to cover just about anyone who fails to agree with him.  He insulted Democrats, Republicans and the news media (specifically and generally).  But what he truly insulted was our intelligence.  His defense of retweets of memes from neo-Nazi websites was a low point in American politics.  Hillary Clinton doesn’t need to waste money on ads.  She could just run his Wednesday night speech on a constant loop till November.  She would win by 30%.

So let’s all be honest for a moment. The TV news, the papers, and the internet have countless negative stories about Hillary Clinton and Donald Trump.  What if 75% of this stuff was true?  50%?  Do you really believe that less than 50% of the reports about either of these candidates are true?  Please review the charges and get back to the rest of us.

But please don’t tell me that your candidate, Trump or Clinton, is flawless and that the other one is awful. Thank G-d America is great, great enough that we will survive either one of them being president.