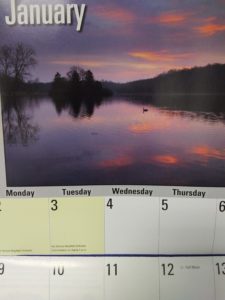 2016 is finally in our rearview mirror.  It is time to crown the new winner of my quadrennial contest, Everyone’s A Genius In Hindsight.  A quick recap – You were given the chance to impress your friends and wow your coworkers by predicting the outcomes of major contests in 2016.  This year’s version included:

As always, there are far more pundits, market timers, and general know-it-alls than participants. I had 18 brave souls volunteer to lose the right to claim that they were not surprised by any of the shocking events of 2016.

This is a lot harder than it looks. Don’t believe me?  How many can you answer now?  The average contestant got two right.  Two!  No one correctly predicted the Super Bowl winner.  And the closest answer for the number of Browns victories was the 4 that several of us guessed.  I always include the Supreme Court question as an homage to Broadcast News.  Four of us correctly guessed that we would only have 8 justices at the end of 2016.  We might have 10 by the end of 2017.

Jim and Karl had the Dow at 19,500 and almost everyone thought that Rob Portman would be reelected. Only Sally had the Indians winning over 90 regular season games.  She also had Trump as the nominee.  Sally and four others tied for second at 3 correct.  Allison won the tie breaker.

Our winner, and new champ, not only predicted that Donald Trump would be the Republican nominee, she was also the only contestant to pick him to win in November. Our winner also was also one of the three who expected Spotlight to with the Academy Award.  The winner is TASHA!

For the purposes of full disclosure I also had four – Portman, Browns, Supreme Court, and the price of milk, but I can’t win my own contest. I hope that those who played (whether or not you submitted an entry) had fun and that more of you will consider participating three years from now.

And the tie breaker, what is Jack’s profession in the song Sweet Jane?  Now Jack, he is a banker, but you knew that.

3 thoughts on “Now Jack, He Is A Banker”